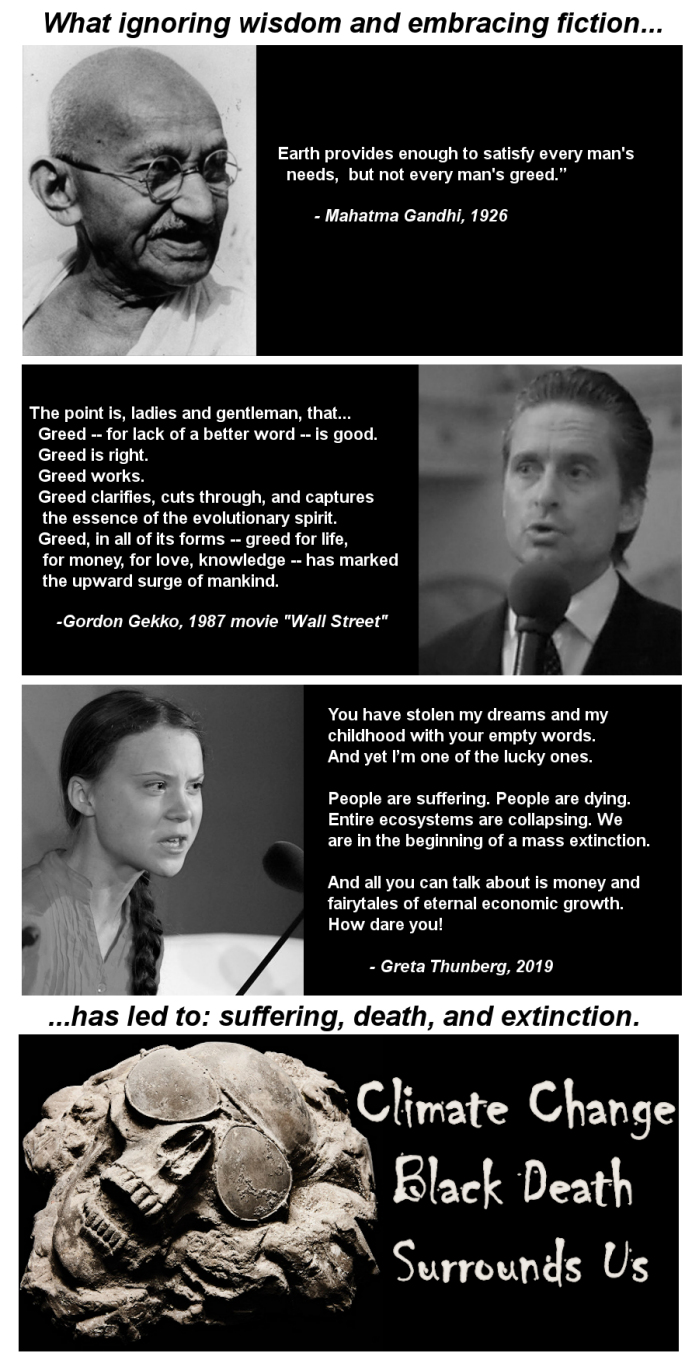 And so it begins. If you haven't heard 16-year-old Climate Activist Greta Thunberg at Monday's United Nations climate summit, you should listen now:

You may have heard that Fox News had to apologize for a moron on one of its shows. Cut CNBC yesterday offered How 16-year-old Greta Thunberg’s rise could backfire on environmentalists as a legitimate piece which falls back on explaining how others may see her as "an indoctrinated child" and how she risks the Climate Change fight noting "how much more divisive and ineffective that change is likely to be." It then explains that "the free market" will fix it all.

Today, of course, the 1170 page the United Nations body for assessing the science related to climate change, the Intergovernmental Panel on Climate Change (IPCC), released a new report The Ocean and Cryosphere in a Changing Climate. In that report they have at least acknowledged what the U.S. and China officially and quietly concluded last year regarding the projected global mean surface temperature change relative to 1850–1900 for two time periods (see table right). As noted here previously:


Unfortunately in 2018 in both the U.S. and China formal findings have been made that we have "locked in warming" of 4°± Celsius most likely within 60 years.
Under the direction of the Trump Administration the National Highway Traffic Safety Administration (NHTSA) with the cooperation of the U.S. Environmental Protection Agency (EPA) and the U.S. Department of Energy (DOE) issued a Draft Environmental Impact Statement (DEIS) for the Safer Affordable Fuel-Efficient (SAFE) Vehicles Rule for Model Year 2021–2026 Passenger Cars and Light Trucks proposing reduced average fuel economy standards for those vehicles.
The DEIS has determined that the draft official policy of the United States government will be acceptance of a near worst case scenario, a 4.387°C (7.876°F) global temperature rise since 1880 by 2100. That is because any lesser scenario would require deep cuts in carbon emissions to avoid this drastic warming. A lesser scenario “would require substantial increases in technology innovation and adoption compared to today’s levels...which is not currently technologically feasible or economically feasible.”
In China, home to the world's second largest (and sooner or later, largest) economy, the same conclusion was reached.
In May a collaborative research team from China published a new analysis that shows the Earth's climate would increase by 4 °C, compared to pre-industrial levels, most likely by 2084. They found that most of the models projected an increase of 4°C as early as 2064 and as late as 2095, with 2084 appearing as the median year.
"Our ultimate goal is to provide a comprehensive picture of the mean and extreme climate changes associated with higher levels of global warming based on state-of-the art climate models, which is of high interest to the decision-makers and the public," said Dabang Jiang, a senior researcher at the Institute of Atmospheric Physics of the Chinese Academy of Sciences.
Perhaps some would want to dismiss both governments as being too pessimistic. But the reality is much worse, so much worse.
For Climate Change will not stop "as early as 2064 and as late as 2095."

Suffering and death of the unwashed masses has always been an "acceptable" outcome for those who believe in unrestricted capitalism.