This is why the Democratic Party will never recover 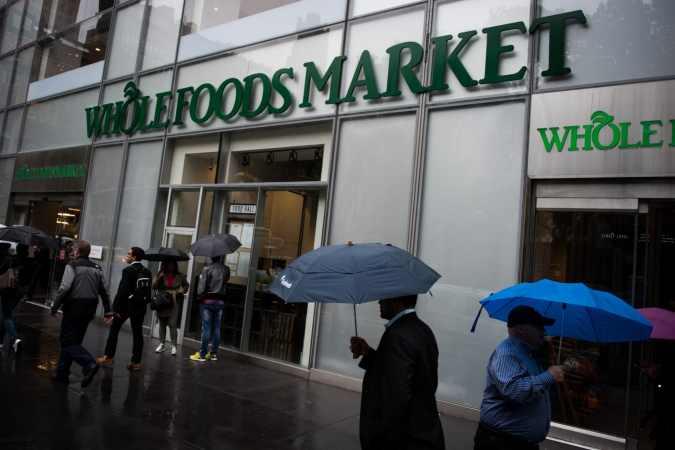 Today I read a really interesting story about the guy who in a paper he posted to LinkedIn back in 2013 recommended that Amazon should buy Whole Foods - Ex-Amazon Exec Explains What Bezos Could Do With Whole Foods -- and Other Deals That Might Happen.

But within the same list of recommended stories was this one which reflects why the Democrats will never recover Amazon’s deal with Whole Foods should be scrutinized by Congress, lawmaker says. If facts matter to you (and urban liberal Democrats are almost as bad as Republicans about alternate facts), the Amazon-Whole Foods deal represents a minor transition only and we can have no idea what the impact will be until it evolves for several years - but initially it affects exactly the people who are killing the Party - those who initially embraced Whole Foods in its growth years.

Here's the story Trump America will understand - A new industry is beginning to thrive in rural America, with Amazon leading the way.

And where exactly were the Democrats in an election year when Walmart acquired Jet.com in August 2016? Not representing the people who depend on Walmart for food and clothing by studying if such mergers impact the way the rural and suburban working class live. Nope, urban Democratic members of the House of Representatives are worried about Whole Foods customers- their people.

Really, Democrats are worried about Amazon buying Whole Foods. Really?? That's what's important and deserves the focus of any Democratic energy??? Why again have I been a registered Democrat all these years????
Posted by Michael O'Faolain - at 1:26 PM No comments: