You've heard of NATO, but probably not the UK Joint Expeditionary Force. Ignorance is American. 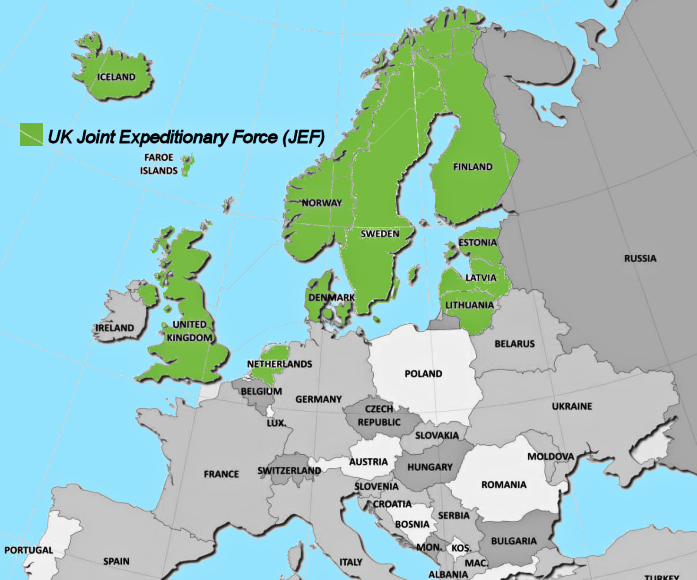 If you think the U.S. and NATO are leading the European response to the Russian invasion of the Ukraine, you might be surprised to learn that leaders of the UK Joint Expeditionary Force nations (shown on the map above) met on March 14 at  Chequers, the country house of Britain’s prime minister.

The next day, British Prime Minister Boris Johnson gave a statement to the press:

“We agreed that Putin must not succeed in this venture,” Boris Johnson told The Economist the next day. They agreed to “co-ordinate, supply and fund” more arms and other equipment requested by Ukraine. And they declared that JEF, through exercises and “forward defence”, would seek to deter further Russian aggression—including provocations outside Ukraine that might stymie NATO or fall under its threshold.

The story goes on to explain:

JEF, largely unknown outside defence circles, was established a decade ago as a high-readiness force focused on the High North, North Atlantic and Baltic Sea regions (see map for its members). Unlike NATO, it does not need internal consensus to deploy troops in a crisis: Britain, the “framework” nation, could launch operations with one or more partners. As one British officer puts it: “The JEF can act while NATO is thinking.”

The article also notes: "For Europeans, much of this is about strategic autonomy—in part an effort to insulate their defence from the vagaries of American politics."

The article points out that on January 17th Britain began rushing thousands of NLAW guided missiles to Ukraine (the acronym stands for Next Generation Light Anti-tank Weapons which a product of the Swedish company Saab which has been sold to a number of NATO countries). They are also sending anti-aircraft missiles.

As noted in The Baltic Times by Estonian Prime Minister Kaja Kallas, whose country has provided over 220 million euros in military and humanitarian aid to Ukraine: "In order to ensure the security of our region, defense cooperation in all formats is essential. This is why concrete steps must be taken, including training exercises organized, so that what is being done within the framework of the JEF would also ensure the security of the Nordic-Baltic region more than before."

This should not be confused with the Anglo-French Combined Joint Expeditionary Force (CJEF) and other European defense agreements which operate outside NATO.

About that comment “The JEF can act while NATO is thinking.”

It should also be understood that between them Britain and France have about 515 nuclear warheads. Russian, of course, is the other European nation to possess nuclear weapons with about 6,250. Needless to say, the "successful" use of a dozen nuclear weapons by each in the current Ukraine conflict would be catastrophic. It would pretty much make NATO and the United States politically irrelevant.

And, in fact, the possession of those weapons by Britain and France pretty much make NATO and the United States politically irrelevant.

As with the complexities of Climate Change and The Covid Economy, European History Complicates (The) Ukraine More Than Americans Understand

If you didn't notice, we have been again informed by experts who completed a new study that Climate Change has started and cannot be stopped.

And then there is the Russian invasion of Ukraine... 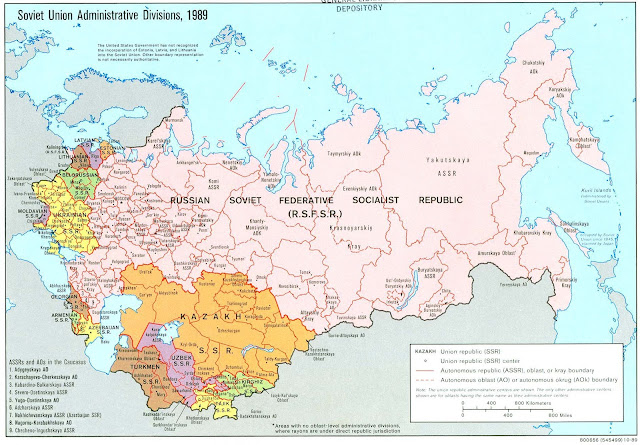 Administrative Divisions of the Soviet Union during Putin's lifetime.

...or The Ukraine as it was called in the millennium when it was part of Russia before the Soviet Union came into being. Of course, there is no justification for starting a war which is the systematic killing of people for a political objective. With that said....

Lest you believe everything reporters born after 1959, and particularly those born after 1989, are telling you about (The) Ukraine, here is something you need to know from Wikipedia:

Leonid Brezhnev was born on 19 December 1906 in Kamenskoye (now Kamianske, Ukraine) within the Yekaterinoslav Governorate of the Russian Empire, to metalworker Ilya Yakovlevich Brezhnev (1874–1934) and his wife, Natalia Denisovna Mazalova (1886–1975). Brezhnev's ethnicity was given as Ukrainian in some documents, including his passport, and Russian in others.
His 18-year term as general secretary was second only to Joseph Stalin's in duration. While Brezhnev's rule was characterised by political stability and significant foreign policy successes....

In other words, the man who ran the Soviet Union for the longest period time was a Ukrainian except for Stalin who was a Georgian. You also might find the article How Ukrainian-origin leaders dominated the Soviet Union interesting as it covers the Ukrainian backgrounds of Nikita Khrushchev, Konstantin Chernenko, and Mikhail Gorbachev.

The difficulty for Americans is just how far removed we are from Europe, and more particularly European history. Without wading back through distant history, one needs to understand that in 1903 the map of the area of the Russian Empire now known as Ukraine looked like this: 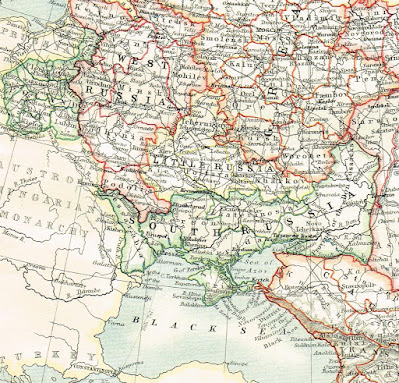 Good luck finding the word "Ukraine." And that was at the beginning of the 20th Century.

Ah, but many say, the Ukrainians have their own language as a people.

And just in case you haven't noticed, NATO has expanded into the Russian (Warsaw Pact) sphere since the Soviet system fell apart. Would you consider this aggressive if you were a Russian leader: 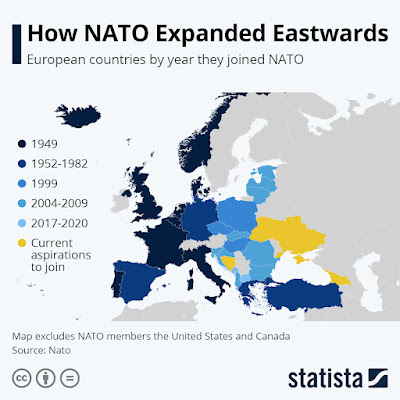 Over the course of the 1990s and early 2000s, NATO expanded three times: first to add the Czech Republic, Hungary and Poland; then seven more countries even farther east, including the former Soviet republics of Estonia, Latvia and Lithuania; and finally with Albania and Croatia in 2009.

Despite concerns expressed by some Americans and others, as noted by Reuters in December 2021 NATO and the U.S. rejected a statement from the Russian foreign ministry saying "NATO was on a path to draw in Ukraine, leading to the deployment of missile systems there that would target Russia. Such irresponsible behaviour creates unacceptable threats to our security and provokes serious military risks for all parties involved, right up to the point of a large-scale conflict in Europe. Ukraine and Georgia are former republics of the Soviet Union."

This came after Putin on July 12, 2021, actually published his views on the subject in a lengthy essay entitled On the Historical Unity of Russians and Ukrainians. If you know what's true and right about the Ukraine situation, of course you have already read it. But if you haven't you should, partly because it was written by Putin, but also because it isn't an inaccurate history though tinged with a particular point of view.

That point of view was clearly described in a February 28 interview of Fiona Hill in Politico:

Reynolds: So Putin is being driven by emotion right now, not by some kind of logical plan?
Hill: I think there’s been a logical, methodical plan that goes back a very long way, at least to 2007 when he put the world, and certainly Europe, on notice that Moscow would not accept the further expansion of NATO. And then within a year in 2008 NATO gave an open door to Georgia and Ukraine. It absolutely goes back to that juncture.
Back then I was a national intelligence officer, and the National Intelligence Council was analyzing what Russia was likely to do in response to the NATO Open Door declaration. One of our assessments was that there was a real, genuine risk of some kind of preemptive Russian military action, not just confined to the annexation of Crimea, but some much larger action taken against Ukraine along with Georgia. And of course, four months after NATO’s Bucharest Summit, there was the invasion of Georgia. There wasn’t an invasion of Ukraine then because the Ukrainian government pulled back from seeking NATO membership. But we should have seriously addressed how we were going to deal with this potential outcome and our relations with Russia.

In other words, knowledgeable U.S. experts have known for a decade and a half that this situation was evolving. But the email titled Russia-Ukraine Conflict Shocks World, Brings Cybersecurity Worries says it all. It is complicated. It is dangerous. And we never once thought it was important. That's not Joe Biden's fault.