One Day at a Time: The 21st Century American Family

To gain an understanding of the reality of our national economic condition, a good place to begin is the first in a series of articles by Advertising Age that will be "a year-long study of the American consumer with an examination of how those in the middle are getting squeezed -- and how marketers are beginning to respond."

Advertising Age is the main trade journal for the people who create and place advertising. They generally know what's going on in our consumer-based economy. From this first article: 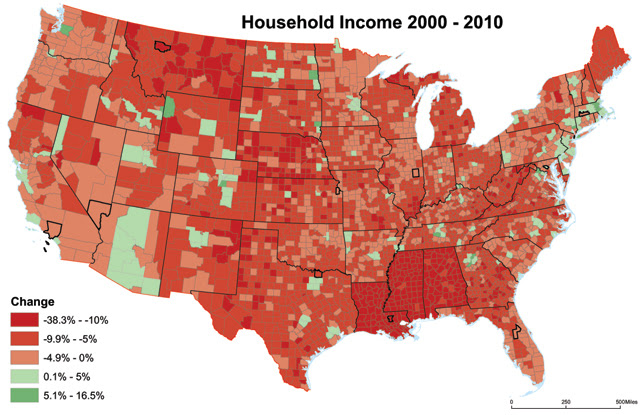 ...America's backbone is bending toward the breaking point. In the last decade, consumers overall cut spending 4.2% in 2010 dollars, and the brunt of that was felt by the middle class, which slashed spending between 10% and 13%. Meanwhile, the upper 20% of earners curbed spending only 6%. The blame can't be pinned on the recession, either. In real dollars, median family income is now what it was in 1997.

...This America looks like neither the Cosbys nor the Jeffersons; it does not resemble the Conners or the Bunkers. Perhaps it looks a little like "Modern Family" without the spending power. Today, half of all households have less than $10,000 in annual discretionary income, according to Experian Simmons.

While these changes haven't happened overnight, marketers are grappling with how to keep up. Walmart has stopped adding upscale merchandise and put back the bargain bins known as Action Alley. Layaway programs are in full swing at Kmart, Sears, Best Buy and Toys R Us. Hallmark even has greeting cards for the unemployed.

The problem with that fact is the majority of the income growth over the past 35 years has taken place in two-income families while in the last two decades the number of married-couple families fell below half the American households.

Regardless of how you feel about the sociological changes, the fact is marketers are adjusting in order to survive. For the advertising business, these aren't political or social or religious issues, just economic realities.

The Advertising Age article mentions the ABC show "Modern Family," one of the most popular shows currently on television. It notes that America resembles the show but lacks "the spending power." Indeed, the one absence in "Modern Family" is that there is no one-adult household with or without children.  A curious omission.

I would argue that instead of looking back at the Huxtables (they weren't the Cosbys), the Jeffersons, the Conners, or the Bunkers, we should remember the CBS show "One Day at a Time" that ran from 1975 to 1984 and this family that in retrospect seems prescient: 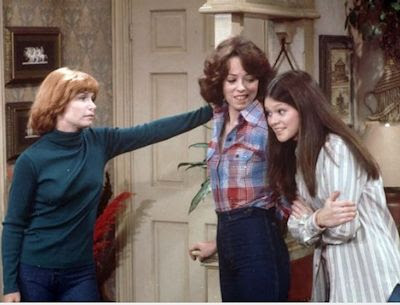