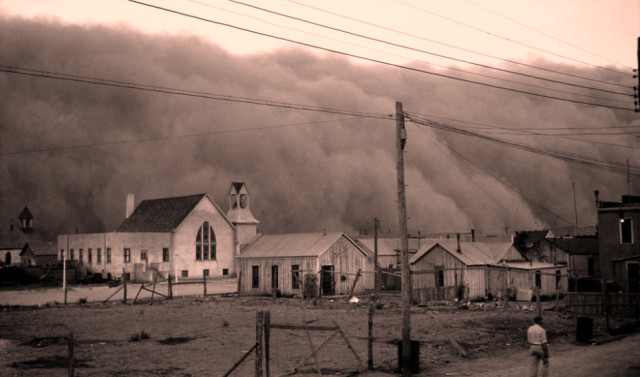 Every "deal" is made within a system we call a "political economy" which results in the distribution of income and wealth,  which system includes...
...subsystems that within each country exist and operate uniquely, and within the international community exist and operate pursuant to other rules.

Thus when a deal is made in the auto industry, for instance Fiat acquiring Chrysler on Janury 21, 2014, there were interactions with, and impacts on, all subsystems of the political economy -  legal, economic, political, social, cultural, environmental and technological - and frequently impacting both the national and international political economies, all resulting in alterations to the distribution of income and wealth.

That was a "deal" by definition.

On the other hand, the United States, Canada and Mexico reaching an agreement in September to replace the North American Free Trade Agreement (NAFTA) with the United States-Mexico-Canada Agreement (USMCA) is not a financial transaction and therefore not a "deal" by definition.

The USMCA, like NAFTA before it, is a restructuring by governments of a political economy system internationally and within all three nations, formally altering the legal, economic, environmental, and technological subsystems likely resulting in future transformation of the political, social, and cultural subsystems. Inevitably it will require within the private sector renegotiation of many existing "deals" and the negotiation of new "deals."

For instance, as explained in a news article:


Big changes for cars. The goal of the new deal is to have more cars and truck parts made in North America. Starting in 2020, to qualify for zero tariffs, a car or truck must have 75 percent of its components manufactured in Canada, Mexico or the United States, a substantial boost from the current 62.5 percent requirement.
There’s also a new rule that a significant percentage of the work done on the car must be completed by workers earning at least $16 an hour, or about three times what the typical Mexican autoworker makes. Starting in 2020, cars and trucks should have at least 30 percent of the work on the vehicle done by workers earning $16 an hour. That gradually moves up to 40 percent for cars by 2023.
While many economists think these new rules will help some North American workers, they also warn that car prices might rise and some small cars may no longer be made in North America because they would be too expensive under the new requirements. There are also concerns that automakers might not make as many cars in North America to export to China and elsewhere overseas because costs would be higher in the USMCA region than making the vehicles in Asia.

If the U.S. goals in the USMCA actually are achieved - and that's a big if considering all the subsystems involved - the required wage increases in Mexico come with the provision that Mexico must make it easier for workers to form unions. The Trump Administration approved this just as a lefty populist took office as President of Mexico (October 1) making the USMCA a pre-midterm elections gift from Trump to the AFL-CIO.

Also, the National Highway Traffic Safety Administration (NHTSA) recently unveiled a 500-page environmental impact statement to justify President Trump’s decision to freeze federal fuel-efficiency standards for cars and light trucks built after 2020 which should keep the cost of those vehicles down.  This is a significant current concern for people living in most Red Congressional Districts.

But for those who living in most Blue Congressional Districts, the issue is a different one.

Regarding Climate Change the document assumes the planet’s fate is already sealed by projecting the planet will warm nearly 4° Celsius (7° Fahrenheit) above the average temperature between 1986 and 2005 regardless of whether Obama-era tailpipe standards take effect or are put on hold for six years.

The document assumes that that the Paris Agreement/Kyoto Protocol international framework with a goal of limiting the temperature change to well below 2° Celsius won't happen stating it “would require substantial increases in technology innovation and adoption compared to today’s levels and would require the economy and the vehicle fleet to move away from the use of fossil fuels, which is not currently technologically feasible or economically feasible.”

This reversal of fuel-efficiency standards, of course, also is not a "deal." It is the use of political economics ostensibly on behalf of an industry at the likely expense of our grandchildren. Not for one minute should anyone think that President Trump is blundering along doing stupid things. In this case, Trump's policy is consistent with a view that the Chinese government's Made in China 2025 plan was based upon the Industrie 4.0 high-tech strategy of the German government initiated and funded by the government of Chancellor Angela Merkel.

The Trump Administration does not see the EU nations, including Germany, as an economic leadership threat to the U.S. But plans to address the Global Warming problem is seen as something of a benefit to China in the economic leadership competition with the United States. It is known that China's President Xi Jinping as long ago as 2005 in support of environmental goals uttered the phrase: "Clear waters and green mountains are mountains of gold and silver." That commitment represents short and long term costs which will slow Chinese economic growth in the 2020's.

By having the U.S. officially accept a disastrous climate change scenario, the Trump Administration is sacrificing the well-being of Gen X and later generations of Americans in the 21st Century and after.

American citizens live in a country in which a late-18th Century Constitutional system, not a majority of the nation's voters, selected
Because of this selection system Americans have a government locked into Victorian 19th Century

Leading up to his primary campaign on Wednesday, July 1, 2015, now-President Trump made the following comment on CNN to explain his qualifications for high political office:


I write a book called The Art of the Deal, the No. 1 selling business book of all time, at least I think, but I’m pretty sure it is. And certainly a big monster, the No. 1 bestseller.

From that point on, we have seen Trump regularly refer to himself as the best negotiator of the best deals. His core supporters believe that and believe it is relevant to his current job. They determine what is good or bad based upon their own personal gains and losses last week, similarly to stock market analysts looking at the performance of a corporation. It is the pain-suppression mentality that created the opioid crisis.

In the end, thinking like this will result in imposing on that portion of the population currently under age 40 severe environmental stress at a generalized level never experienced by prior generations.

Nonetheless as explained in this blog in detail, that NHTSA report probably will be correct because of failures of over-age-55-under-age-90 Americans, the generation that likely will become known as the Trump Generation because of its unwillingness in adulthood to sacrifice income and wealth for the greater good when compared to the Greatest Generation which, among other things, approved high gas taxes to build the interstate highway system.

When considering the latest round of deplorable tariffs on Chinese goods, "round " meaning...

(a) Trump announces additional tariffs on Chinese goods,
(b) China responds with tariffs on American goods
...it is important to remember that in the context  of all the political economy policies of the deplorable Trump Administration,  this action is:


This is dangerous political economics being conducted either by
One could assume that "a." is true as noted in the February 2017 post Why you should fear Trumpism's Steve Bannon: war with China within 8 years and other reasons.

However, in this post it is assumed that "b." is what underlies the actions. Americans who care must learn just how unwise the people engaging in these dangerous political economics are.

Political economy is a complex subject. Nothing informative about it can be offered in a tweet, the President's habits notwithstanding. And in this post we cannot repeat everything that has been written in this blog related to the subject of political economy.

China also is a complex subject. Nothing informative about it can be offered in a tweet, the President's habits notwithstanding. This post cannot repeat everything that has been written in this blog related to the subject of China. Economic competition with the Chinese people in the 21st Century also is not simple.

For their country to be competitively effective in a 21st Century aggressive political economics contest:
These subjects will be explored in two posts in this series that follow Part 2. About Assertive Political Economics and Part 3. About China's most recent 4000 years.