The lack of comprehensive political economy goals will create concurrent pecuniary and environmental disasters for U.S. Gen X and all future generations 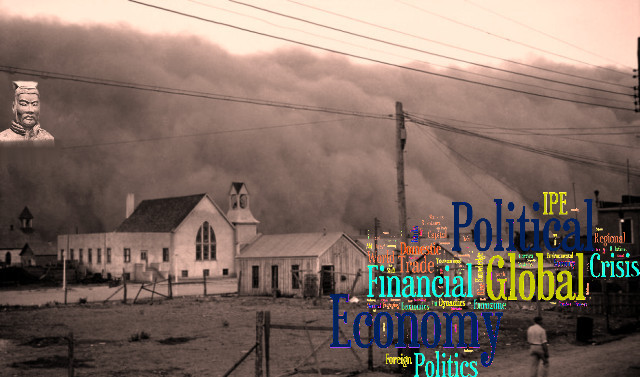 Part 1 - Introduction
Part 2. About Assertive Political Economics
Part 3. About China's most recent 4000 years
Part 4. The 2018 Huawei Porche is the warning "canary" in the American political economy "mine"
Part 5. Whither the future of an America directed by technology semi-literate voters

The posts linked above offer thoughts on two related concerns about the future well-being of our grandchildren and the American generations that follow.

The second is a concern based upon the caution attributed to Sun Tzu:

We have seen little evidence that those driving the trade war against China know the history, culture, government, and political economy of the country and understand its long-term economic goals. And we cannot engage effectively in assertive political economics because America has no long-term economic goals.
Posted by Michael O'Faolain - at 3:50 PM