No, it is a "tax" not a "war"
How supposed anti-tax Trumpists confuse the
ignorant by calling it "a trade war with China" 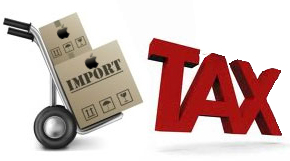 War is a state of armed conflict between states, societies and informal groups, such as insurgents and militias. It is generally characterized by extreme aggression, destruction, and mortality, using regular or irregular military forces. - Wikipedia
A tariff is a tax on imports or exports between sovereign states. - Wikipedia

So far, I have not read of any reported deaths from Trump's trade "war" with China. What Trump obstensibly is doing is called "protectionism" as explained by Wikipedia:


Protectionism is the economic policy of restricting imports from other countries through methods such as tariffs on imported goods, import quotas, and a variety of other government regulations. Proponents claim that protectionist policies shield the producers, businesses, and workers of the import-competing sector in the country from foreign competitors. However, they also reduce trade and adversely affect consumers in general (by raising the cost of imported goods), and harm the producers and workers in export sectors, both in the country implementing protectionist policies, and in the countries protected against.

One might also speculate that what Trump is really doing is increasing taxes on goods to offset the reduction in personal income tax revenue from his ballyhooed tax decrease.

The use of the word "tariff" is a good way to hide a tax. When a 25% tariff is collected on a product entering the country, that increases the wholesale price by 25%. Importers pay U.S. import tariffs to the federal government and the cost is passed on through the wholesaler and retailer. This is similar to an excise tax, which as explained by the Tax Foundation are "included in the final price of products and services, and are often hidden to consumers."

As noted in Wikipedia, tariffs "were the greatest (approaching 95% at times) source of federal revenue until the Federal income tax began after 1913. Before Trump's new tariffs, existing federal taxes on imports contribute $44 billion to the federal budget. Because Trump's tweets have not been clear and reports indicate he has authorized tariffs and then deauthorized tariffs, it is unclear where to even start to calculate how much of his personal income tax cut will be recovered from consumers through increased tariffs.

There is one prohibition regarding tariffs. Article I, Section 9, Clause 5 of the United States Constitution says: "No Tax or Duty shall be laid on Articles exported from any State." But other than that, tariffs were the federal government's greatest source of tax income through the 19th Century.

Oh, and by the way. Regarding a real war with China, in a previous post we already noted that former Trump White House chief strategist Steve Bannon said: "We’re going to war in the South China Sea in five to 10 years. There’s no doubt about that."
Posted by Michael O'Faolain - at 2:28 PM