What are the Democrats doing while Trump becomes 'Presidential'???

In contrast to the Republican situation, the "progressive" Democrat is being forced to run against the "socialist" Democrat in states that are not in contention in November. Both are using campaigns in a style reminiscent of the 19th Century.  I try to remember this:


“When I despair, I remember that all through history the way of truth and love have always won. There have been tyrants and murderers, and for a time, they can seem invincible, but in the end, they always fall. Think of it--always.”― Mahatma Gandhi

Understand that this Gandhi quote begins with "When I despair." My candidate is Hillary Clinton. Bernie Sanders is setting her up for Donald Trump attacks, which makes one wonder if they aren't working together. But the worry that causes me the most "despair" is the official Clinton Campaign website "issue paper web page" which looks like this:

Everything you ever wanted to know about Hillary's positions are there, only if you would scroll down and click "read more" about an issue of concern to you. If it's immigration that is of concern, instead of "build a huge wall" you can read a paper that, for you Twitter fans, contains 8,086 characters.

In contrast, Donald Trump told the Washington Post last summer: "Building a wall is easy, and it can be done inexpensively. It’s not even a difficult project if you know what you’re doing." Again, for you Twitter fans that contains 101 characters.

Clinton's position paper includes a quote from speech earlier this month in which Clinton said:


We have to finally and once and for all fix our immigration system—this is a family issue. It’s an economic issue too, but it is at heart a family issue. If we claim we are for family, then we have to pull together and resolve the outstanding issues around our broken immigration system. The American people support comprehensive immigration reform not just because it’s the right thing to do—and it is—but because it will strengthen families, strengthen our economy, and strengthen our country. That’s why we can’t wait any longer, we can’t wait any longer for a path to full and equal citizenship.

Clinton needs to pivot now. She needs to quit competing for liberals who listen to NPR and who always were going to vote for the Democrat in November. As I said in my post "The effect of the white white-collar Democrats' class war against white blue-collar American women":


The voter who may determine who will be President in 2016 will be a 46-year-old Pennsylvania white woman who does not have a college degree and who, along with her husband, 20 years ago worked for a company that paid her $20 an hour ($31.06 in 2016 dollars) actually producing a tangible commodity.

Today she is working in some service work producing nothing tangible making $15 an hour which Bernie Sanders types say should be the minimum wage, saying it without thinking about her. The fact that it's less than half the value of her pay 20 years ago which she thinks is the major problem in her life escapes the Democrats who vocally worry about minimum wage workers.

The Economy paper does offer three graphics that could be tweeted... 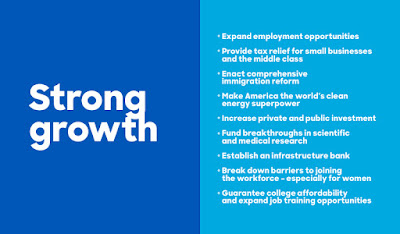 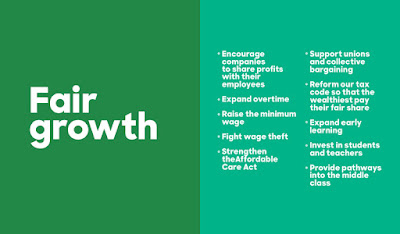 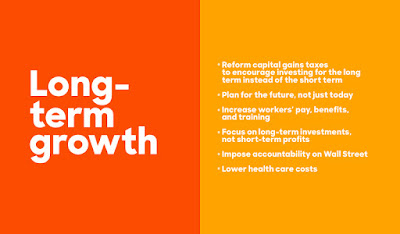 ...except I'm not sure what they say. Well, I kind of understand them, but they don't ...what is it I'm looking for, oh... really tell me more than this tweet from the Donald... 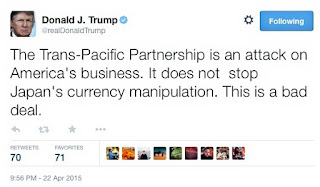 ...which seems somehow specific as does this one:

It's not the Clinton doesn't try... 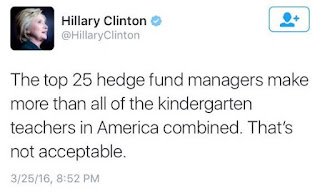 But she needs to quiet the policy wonks on her team and promote someone who understands the 24-hour news cycle, social media, and email, someone who also understands how to target people who won't click 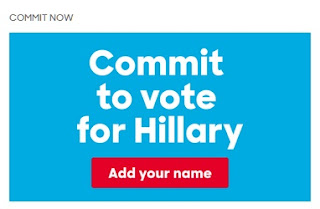 I think our side longs for the days of the 1860's when orators like Stephen Douglas and Edward Everett made their mark historically overshadowing that short speech giver Abraham Lincoln. And we seem to yearn for the 1960 campaign where televised Presidential Debates were introduced, when we "remember" issues being debated, not like the debates that gave Trump the Republican nomination.