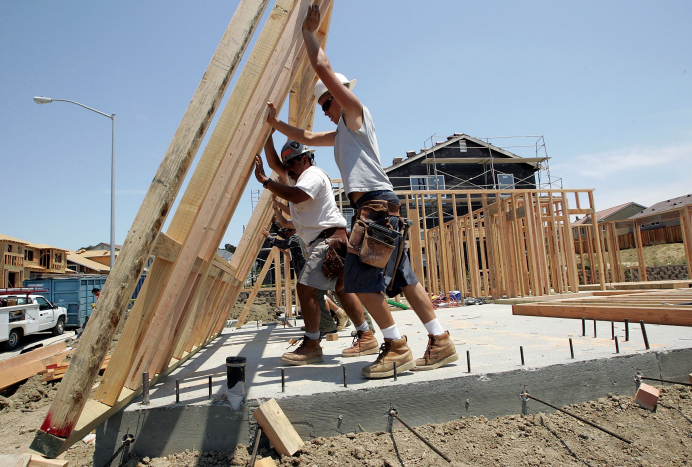 The State of California has a housing shortage. State officials, in response to well-meaning political pressure, are leaning heavily on officials of existing cities to permit the expansion of multiple family housing in single family dwelling areas. There is something terribly wrong.

California has always had growth periods. And yes, existing cities have responded by permitting the construction of new homes. But as can be seen in the chart to the right the fact is in heavy growth periods new cities were incorporated - until the past three decades.

What should happen in the next five years is that 30 cities should be incorporated and developed - cities in area and population the size of Rohnert Park - 7 sq mi, 40,000 people, each with 10,000 single family units, 5,000 multiple family units, and 2,000 mobile home units.

That would require the State of California to revise its myriad of laws and allocate funds to subsidize the process, perhaps using funds from existing surplus but mostly from issuing revenue bonds. The state would need to find and acquire 200-250 square miles of land in areas safe from the worst impacts of Climate Change and rezone it. The state would have to find contractors and employees for the contractors - currently in very short supply - to build in these new cities 510,000 housing units at a rate of 102,000 a year. And 1,200,000 people would need to relocate. It would also require...
...and much, much more.

If that is accomplished by the State of California in the next five years, and then repeated every five years thereafter in addition to new housing construction in existing cities, California will have enough affordable housing for all the people in 2050.

It would also require the "progressives" in California to acknowledge what we all know - you cannot have more people without altering the environment in what is viewed as negative ways.

However, an additional option beyond meeting current housing needs would be to continue to slow migration into California though that would likely require a slowing of immigration, not exactly a "progressive" point of view.
Posted by Michael O'Faolain - at 4:26 PM