5G Technology: it may start a world war, it won't be available to all, you don't need it, it is important to corporate interests and government. Why is that? 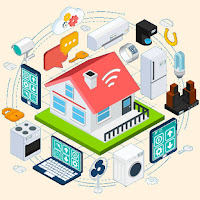 At some level the rapid adoption by the general population of all the personal technology made rapidly available in the 21st Century bothers me.

"Personal technology" is essentially what one might call non-business-enterprise consumer tech though there is overlap with enterprise technology. Devices, gadgets, apps, computing, consoles, video games, tv/video streaming, GPS, and even 21st Century household appliance and automobile tech come under the broad umbrella of personal technology.

Understand that I'm not a Luddite - I love technology. Even though we are seniors in our 70's, our home is filled with computers and devices. I began writing computer code in 1970 and continue to do so today. In 1980 we began a computer services business.

I'm known as the family pessimist, so I have worried excessively about the widespread use of personal technology, particularly about its excessive use around and by infants, toddlers, children, and adolescents because of negative impacts on brain development.

Recently something new to worry about has come up - all this government paranoia about something called "5G" cellular network technology. It has gotten loud though 5G really doesn't yet exist in 99.9% of the world. Wow! A world war is literally possible because of it. What did I miss???

Supposedly, assuming the internet is working OK (that's a big assumption) you'll be able to download super-high-resolution movies to your 5G smartphone in a few seconds. With this 5th generation cellular technology, you'll be able to play complex games in 3D in real time, perhaps controlling it thoughts, supposedly with no noticeable data flow glitches.

And as explained in Computerworld: “That stop sign in front of your car? Bleck! There went your signal.”

According to networking companies, the incredibly low latency of 5G paired with its fast speeds will enable all sorts of localized internal network uses from controlling in real time manufacturing machines within an industrial site to the dream of IoT (internet of things) home appliances communicating at the speed of thought.

This is what we'd start a world war over???

The Chinese government seems to be enthusiastic about this technology.

And so is the American government - except they don't want Chinese boxes all over our cities. If you haven't noticed the recent alarmist discussion, Google: 5G China. One thing you may find is that a leaked National Security Council document written by a retired general hinted that the US government consider building a 5G network. 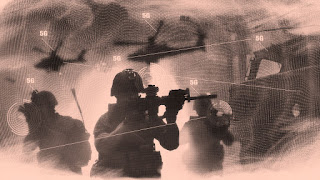 You see, in addition to its commercial benefits, 5G will revolutionize military technology and bringing with it national security issues. This is why 5G coincided with U.S. efforts to contain China's tech power. The future of warfare and cybersecurity will be fundamentally changed by 5G.

Except 5G is more susceptible to hacking than previous networks. This why Huawei, the world’s largest telecom equipment supplier, is seen as a threat.

You may have wondered why one cell phone company, Huawei, is under attack by the U.S. intelligence community. After all, every cell phone - Apple, Samsung, Motorola, et al. - is more or less made in China. But smartphones aren't the issue. Hauwei is ready to market - heck, is marketing - 5G network equipment around the world. It can do so now. And we're afraid Huawei’s telecommunications equipment could contain “back doors” for Chinese espionage. Not that the U.S. government wouldn't pressure Qualcomm, a U.S. manufacturer, or even its European 5G partner Nokia, a Finnish company, for back doors. It's not like they haven't pressured Apple and others for access to private data.


The more connected we are, and 5G will make us the most connected by far, the more vulnerable we become.
Think of self-driving cars that suddenly mow down unsuspecting pedestrians. Think of drones that fly into the intakes of airliners.

Just keep in mind that it isn't AT&T or Verizon or T-Mobile or whatever that manufactures the 5G hardware.

Those of us in rural areas of our country would prefer that those "phone service provider" companies keep improving the availability of 4G by installing more of those old antennas. You see in the United States there are the haves and the have-nots when it comes to true high speed internet access generally. The have-nots live in rural areas or are among the urban and suburban poor.

(But we understand that rich urban folks experience occasional "no signal" frustration and would prefer billions be spent to have their devices connected to a new 5G system that can establish in real time each user's location within 50 feet or less even if half the time they won't get a 5G signal.)

The only good thing about living in a rural area is that widespread use of 5G isn't likely to happen for some time, if ever. The service providers really can't put in a system on every 50th tree in forests and 100th corn stalk in corn fields.

Of course some people probably will set up localized 5G IoT systems within their houses just to control through their thoughts the heating and cooling system in real time. If the system was made in China it might even be affordable for the middle class. Of course, it could be made cheaply in Vietnam which I guess is ok right now, at least until Trump figures out that it is one of the very few Communist countries.

In the meantime we in Northern California must worry if we will be able to continue to get reliable electricity at some affordable level, but that's another story....
Posted by Michael O'Faolain - at 3:30 PM