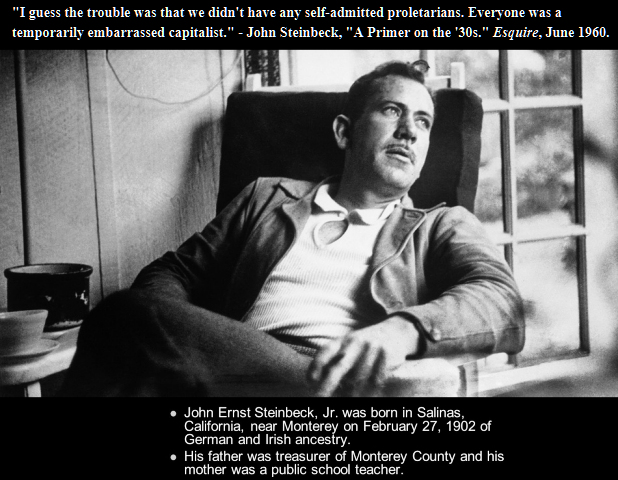 To paraphrase a wise Californian the late John Steinbeck, too many under-50 Californians see themselves as temporarily embarrassed capitalists.

When you have economically frustrated persons in a political entity like California, the Neoliberals will target them as potential voters in order to unseat those officials who advocate California Empirical Egalitarian Progressivism.

The truth is even Californians in the top 1.5% income group impacted by 2016's Proposition 55 (the extension of 2012's Proposition 30) are not a large enough group to vote a politician into statewide office or approve a ballot measure. But Neoliberal strategists target frustrated groups to create a political revolt on which they can piggyback their agenda advocacy.

If you check their websites, you will have difficulty finding anything related to immigration or women's issues. Instead they focus on an ideological message. Perhaps it is most accurate to use the Ayn Rand Institute's words to give a sense of the thrust of these organizations: "Discover how reason, rational self-interest and laissez-faire capitalism can make a positive impact on our world." The Atlas Network gives as its mission: "Our vision is of a free, prosperous and peaceful world where limited governments defend the rule of law, private property and free markets."

These organizations are vehemently opposed to the distributive justice process critical to California Empirical Egalitarian Progressivism.

As explained in the previous post, while other activists were focused on "flower child" issues in 1960's California - free speech, drugs, the Vietnam War - Neoliberal spokesman Ronald Reagan was elected Governor.

The next effort by California Neoliberals came with the California Electricity Crisis of 2000 and 2001 which should be required case study on how to disrupt California politics.

In 2000 California had an installed generating capacity of 45GW. Demand was 28GW. A demand supply gap was created by energy companies, mainly Enron, to create an artificial shortage. Energy traders took power plants offline for maintenance in days of peak demand to increase the price. Rolling blackouts adversely affected many businesses dependent upon a reliable supply of electricity, and inconvenienced a large number of retail consumers. Traders were thus able to sell power at premium prices, sometimes up to a factor of 20 times its normal value.

Because the state government had a cap on retail electricity charges, this market manipulation squeezed the industry's revenue margins, causing the bankruptcy of Pacific Gas and Electric Company (PG&E) and near bankruptcy of Southern California Edison in early 2001.

The crisis was possible because of partial deregulation legislation (AB 1890) adopted in 1996. Then Republican Governor and Neoliberal Pete Wilson, who is currently a distinguished visiting fellow at the Hoover Institution, was the driving force behind the historic change. In 1993, a 200-page report generated within the PUC, referred to as the "yellow book," spoke favorably of deregulation in response to complaints from industrial customers and to national trends that had seen the deregulation of airline, telephone and savings and loan industries. A year later, another PUC report emerged, this one called the "blue book," that openly declared the regulatory body’s intent to "dissolve the old power monopolies and create an open market within two years".

By then, going by the "alternative" name of "restructuring,’’ the call to deregulate the power franchises had also reached Sacramento. Versions vary on with whom and in what form the idea took root among elected state officials leading to the eventual unanimous approval of AB 1890 in 1993, which placed in law the creation of a wholesale market for electric power in California for PUC-regulated utilities.

The collapse of the system started seven years later. The public, due to the complex nature of the energy crisis, held then Democratic Governor Davis partly responsible. General speculation regarding the factors influencing the recall's outcome continues to center on the idea that Californians simply voted for a "change" because Davis had mismanaged the events leading up to the energy crisis. Perhaps, but....

The effort to recall Gray Davis began with Republicans:
The effort was not taken seriously, until Rep. Darrell Issa, named a number of times as the wealthiest currently serving member of Congress, donated $2 million towards the effort.

While many think that celebrity Donald Trump's election as a Republican-who-wasn't-a-Republican is unique. However, in California on November 17, 2003, a celebrity and nominal Republican Arnold Schwarzenegger won the California Governorship in an open no-primary popularity contest that at the time was peculiar to recall elections. (It's worth noting he replaced Trump on "The Apprentice" NBC series.)

But Arnold Schwarzenegger was not a Neoliberal ideologue and the Democrats retained control of the Legislature during his terms.

The point here is Neoliberals leap on every potential opportunity to disrupt the status quo while gaining influence. They understand there is not a "one California" consistently voting Democratic despite what the 2016 Presidential election results seem to the politically inexperienced.

Instead, the voters are fickle, think of themselves as temporarily embarrassed capitalists, and can be persuaded by the effective use of propaganda as can be seen on these maps:

This creates a situation where, in each state legislative and executive office election, Neoliberal groups with money can find a candidate to support. Parties are not really a focus point for Neoliberals. They don't need the support of one to organize a strong political campaign. And we are moving in the direction of "let's all support independents" which is a euphemism for we don't need to know who these candidates are politically.

The problem is the non-partisan ballot was a project of the Independent Voter Project which as explained in this story and this story is a cover for corporate interests. It is even tied to Charles Munger, Jr., who has used his family's billions to keep the California Republican Party on life support.

Additionally, we should keep in mind that as Neoliberalism has evolved, it has become an ideology which asserts that 21st Century market metaphors, metrics, and practices should permeate all fields of human life. Consider this from a December 2016 article by Ben Tarnoff, a San Francisco journalist who writes about technology and politics:


No industry has played a larger role in evangelizing the neoliberal faith than Silicon Valley. Its entrepreneurs are constantly coming up with new ways to make more of our lives into markets. A couple of decades ago, staying in touch with friends wasn’t a source of economic value – now it’s the basis for a $350bn company. Our photo albums, dating preferences, porn habits, and most random and banal thoughts have all become profitable data sets, mined for advertising revenue. We are encouraged to see ourselves as pieces of human capital that must ceaselessly enhance our value – optimizing our feeds and profiles, hustling for follows and likes and swipes.

If Silicon Valley is turning our personal lives into a business, then Trump hopes to turn our government into one. Like all of Trump’s ideas, this isn’t especially original. For decades, neoliberal politicians of both parties have promoted the notion that government should not only serve business, but operate like one. They’ve argued that public services should be privatized, or at least model the “efficiency” of the private sector. They’ve claimed that business is the highest form of human endeavor, and that the role of the state is to empower and emulate it.

We in California are vulnerable to Neoliberal opportunists. There are now tech billionaires who do favor Neoliberal ideas and put their billions where their ideas are. There are open elections that favor eliminating political parties which provided some vetting of candidates. And there are a lot of frustrated "temporarily embarrassed capitalists" in California.

California Empirical Egalitarian Progressives need to be vigilant within the State's political system or we won't be able to protect our future or the Earth.
Posted by Michael O'Faolain - at 10:40 PM