Population size matters. China is bigger than the United States by a factor of four. It's not confusing.

These three countries are the largest - China, India, and the United States. It is amazing how often you read this, with an occasional reference to the top five or ten. Depending on the article, one can learn something about population growth, economies, etc.

Two months ago the Visual Capitalist offered this image... 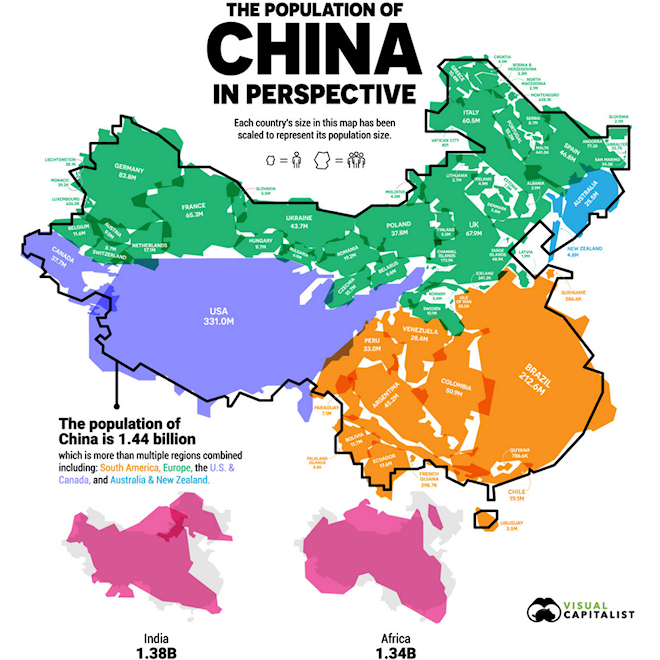 ...which gives the reader a sense of size comparison by placing inside China images of Europe, North America, South America, and Australasia, resized to reflect the comparative population. They then overlay India on China and Africa on China.

What is not presented is the very significant subject of "ethnicity" which in this post will include the term "race."

China is 91%± Han Chinese, the world's largest ethnicity of 1.3± billion, with one of the longest histories. Yes, there are 130± million Chinese of different ethnicities - at least 55 ethnic groups - who if they were in their own country would be the 10th largest.

But no single ethnic group comes close to the Han Chinese population in size.

Two facts about this ethnic group should be mentioned. First, the Han are identifiable genetically. Second, the standard Chinese language was adopted in the 1930's based on the Beijing dialect of Mandarin. But numerous dialects of Chinese continue to be spoken locally at home as can be seen on the map below. 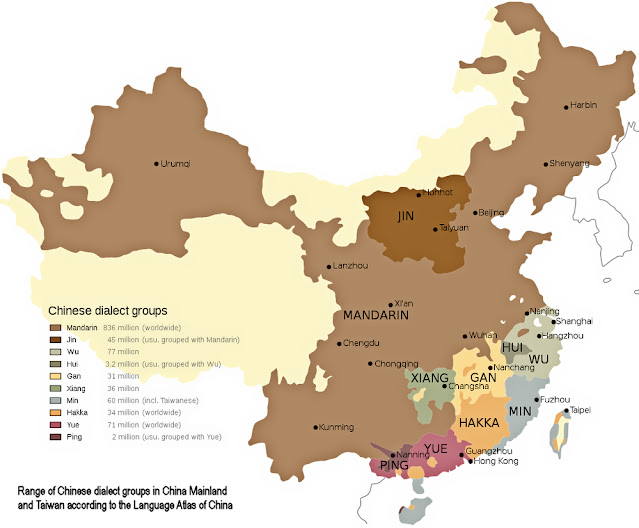 The point here to remember is that as a nation China has 18.47% of the world's population, 91% of whom are of one ethnic group.

Email ThisBlogThis!Share to TwitterShare to FacebookShare to Pinterest
Labels: China