A reminder: Ignorance of the Chinese culture and language could lead to a war with no winners 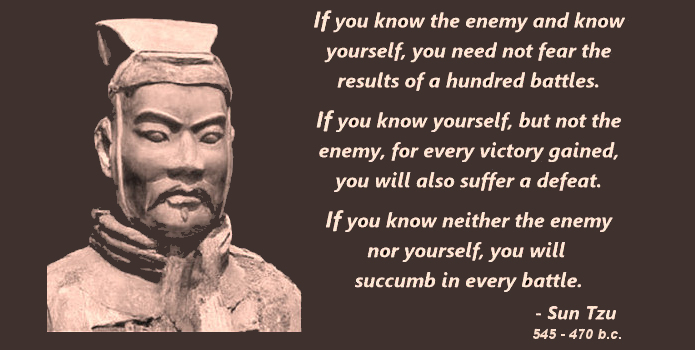 The image above is from the 2018 post here Part 3. About China's most recent 4000 years included in the series The lack of comprehensive political economy goals will create concurrent pecuniary and environmental disasters for the U.S. Gen X and later generations. It is a long post in a series of five long posts intended to provide a knowledge base for the very, very few who might read it.

In that post it is suggested that you "pretend for a moment that you are among the Han Chinese population which is about 92% of China's population" so that you can get a feel for the reality noted there:

It would be fair to say that the Chinese have never viewed the world with a European bias which makes gaining an understanding harder for non-Asians.
To begin with, the native language spoken by Chinese President Xi Jinping and most of China's 1.4 billion people is not an Indo-European language. No influence from Abrahamic religions permeates Chinese history and culture, unlike American history and culture.
Think about that.

Then think about this:

Words in the basic spoken Chinese are not derived from Latin or Germanic sources. For someone whose native language is English, to master communications and thought patterns in Chinese requires absorbing a new pronunciation system, a new writing system and a totally different approach to grammar. And more recently brain scientists have discovered that learning Chinese involves a different brain development...

Literally, you could say "I don't understand how you think" to a Chinese citizen because you don't.

Unfortunately, a Chinese citizen could say to us "You don't understand our thought process." And that has been a concern.

On April 29, 2019, in an interview with fellow scholar Anne-Marie Slaughter at the Future Security Forum 2019, the State Department's Director of Policy Planning Dr. Kiron Skinner and Slaughter began by placing their conversation within the context of the strategic thinking of George F. Kennan with Skinner noting that everyone who serves as Director does so in the “shadow of George Kennan.” In addition to a number of other topics Skinner described the situation with China as a “long-term competition” that has “historical, ideological, and cultural” bases of which many in the foreign-policy community are unaware.

Skinner noted the mistake of projecting the traditional understanding of the world onto China simply transferring Kennan era views of the Soviet Union. She observed:

This is a fight with a really different civilization and a different ideology, and the United States hasn’t had that before, nor has it had an economic competitor the way that we have. The Soviet Union was a country with nuclear weapons, a huge Red Army, but a backwards economy, and that was the insight of Reagan when the intel community told him differently.
He said I just don’t see the signs that it [the USSR] can survive a technology race with the West. So, in China, we have an economic competitor, we have an ideological competitor, one that really does seek a kind of global reach that many of us didn’t expect a couple of decades ago, and I think it’s also striking that it’s the first time that we will have a great power competitor that is not Caucasian.

The result of this discussion was by August 2019, after serving two years, Skinner "resigned" (see the New York Times article State Dept. Officials Force Out Top Policy Planner and Adviser to Mike Pompeo). The highest-ranking African-American women in the Department had simultaneously:

Of course, the Biden Administration has returned to a "Soviet Union" approach to China which could easily lead to war. Unfortunately, Biden's proposals are to bring back:

Keep in mind that Biden was first seeking public office during that time period around 1968.

On April 4, 2021, the South China Morning Post offered China says tough measures in Xinjiang are to beat terrorism – why isn’t the West convinced? as an explanation of the Han Chinese (92% of the population) point of view on the Muslim situation in Xinjiang which begins:

Zhang Chunxian was seen by many as the hope of Xinjiang in 2010.
Just months after the 2009 bloodbath and violent ethnic clashes that shocked the region and left more than 190 dead, Zhang, the region’s media savvy and somewhat charismatic new party chief, stepped in to replace his iron-fisted predecessor who had ruled the region for more than a decade.
In one month, Zhang lifted an eight-month internet ban in Xinjiang. In 2015, he became the first Xinjiang party boss ever to join Muslim groups to celebrate the Eid ul-Fitr marking the end of the Ramadan, the month when Muslims fast.
Yet despite Zhang’s pacifying approach deployed alongside his pledge of “no mercy to terrorists”, violent attacks continued to increase under his watch and reached beyond the region.

There is nothing inherently wrong with the article except that it presents a view that is Chinese. And with a Muslim population of 25± million the idea of terrorists even in relatively small percentages of the total is unacceptable.

The next day, April 5, 2021, an article in The New Yorker Surviving the Crackdown in Xinjiang: As mass detentions and surveillance dominate the lives of China’s Uyghurs and Kazakhs, a woman struggles to free herself. Nothing is inherently wrong with the article. The problem is the article views the world from an American view, albeit one that does carry support within other countries. It is an American view that can be held because we don't share either the attitude or experience.

The chart to the right lists the U.S. states by population and provides an estimate of the number Muslims in each state. In a May2019 post here it is suggested that Mike Pence have Trump offer to relocate the 14.5 million Muslims from the Xinjiang Uygur Autonomous Region to seven states - Idaho, Montana, Wyoming, North Dakota, South Dakota, Nebraska, and Kansas - which currently only have 17 thousand Muslims within 7.6 million residents. It would create a population mix within an area of approximately the same size and similar environmental conditions as Xinjiang.

Note that there is "religion" practiced in China about which Wikipedia offers the following:

Chinese civilization has historically long been a cradle and host to a variety of the most enduring religio-philosophical traditions of the world. Confucianism and Taoism (Daoism), later joined by Buddhism, constitute the "three teachings" that have shaped Chinese culture. There are no clear boundaries between these intertwined religious systems, which do not claim to be exclusive, and elements of each enrich popular or folk religion.

"Religio-phlosophical" traditions. Simply put, "religion" is not a Chinese word. The term "folk religion" is an English (European) take on what historically is an extremely complex tradition. For a million or so Chinese who practice "religion" as used in the West, it is considered by the billion-plus Chinese as symbolically akin to the Easter Bunny.

Without belaboring the point, in China the culture says there is no acceptable number of deaths caused by "confused" religious practitioners. That's in contrast to the U.S. where the law may prohibit killing in the context of religion, but the culture dating back to...well...let's just say many of us are somewhat "confused" about killing people in the name of a religious cult.

The reason relocating the Muslims was suggested is that Americans could then find a way to deal with the few thousand extreme militants among that new population, of course after they have killed other folks because that is our way and religion is protected in the Constitution.

China officially espouses state atheism which bothers Americans far more than it should. In reality many Chinese citizens (including Communist Party members) engage in some kind of Chinese folk spiritual practice. U.S. officials are attacking the Chinese government for its unacceptable Muslim policy, even to the point of boycotting the 2022 Winter Olympics to be held in China.

On Monday, April 12, 2021, the South China Morning Post told its readers in Taiwan says PLA flies 25 warplanes into its airspace, the largest incursion yet:

China’s People Liberation Army flew 25 warplanes into Taiwan’s air defence identification zone (ADIZ) on Monday, its largest incursion yet as tension in the Taiwan Strait continues to escalate.
According to Taiwan’s defence ministry, the PLA warplanes – 14 Jian-16 fighter jets, four Jian-10s, four H-6K bombers, two Y-8 anti-submarine warfare planes and one KJ-500 airborne early warning and control aircraft – entered the island’s southwest zone on Monday.
The latest flights came a day after US Secretary of State Antony Blinken warned Beijing against invading Taiwan, a self-ruled island of 24 million that the Chinese government regards as a breakaway province that must eventually be reunited with the mainland - by force if necessary.
This month the aerial incursions have taken place on a daily basis, and the Liberty Times in Taipei estimated that they have occurred on at least 86 days this year; Monday was the 102nd day of 2021 so far.

It would be good to say Americans are preoccupied with the South China Sea situation as explained in US-China rivalry: is the pressure on for Asean countries to choose sides? But we know that is not true. In fact, as discussed earlier currently we Americans are indignant over the situation in Xinjiang.

This brings us back to the Sun Tzu quote at the top of this page. What do we know about China learned not from a Western perspective but from a Chinese perspective? If we depend upon a Western-based understanding, we risk a war over the long term.

Email ThisBlogThis!Share to TwitterShare to FacebookShare to Pinterest
Labels: China