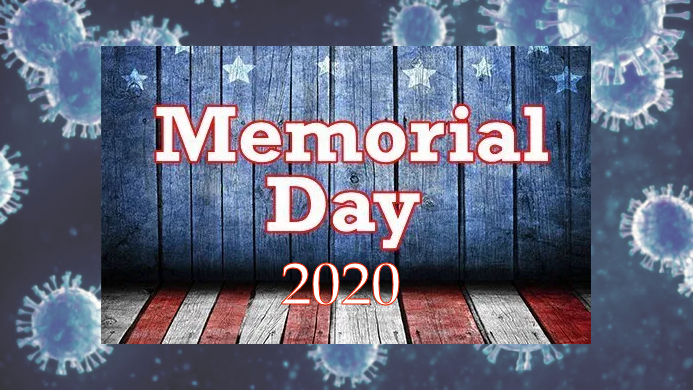 In the March post Memorial Day 2020 - A Day of New Beginnings? the hope was:


Hopefully, Memorial Day 2020 will not only be a day of remembrance for those lost in wars plus those lost in the 2020 Covid-19 Pandemic, but it will mark a week of new beginnings. Hopefully, new cases will have become minimal permitting many states to soon lift business closure orders and "shelter-in-place" orders for people under 65 (but not "safe distance"rules).

Below is an updated, shortened version of the timeline which includes notations of an Extended Economic Distortion. Further, the likelihood of a 2nd Wave of the Coronavirus is noted after Labor Day as warnings are coming not only from the CDC but from senior military leaders. 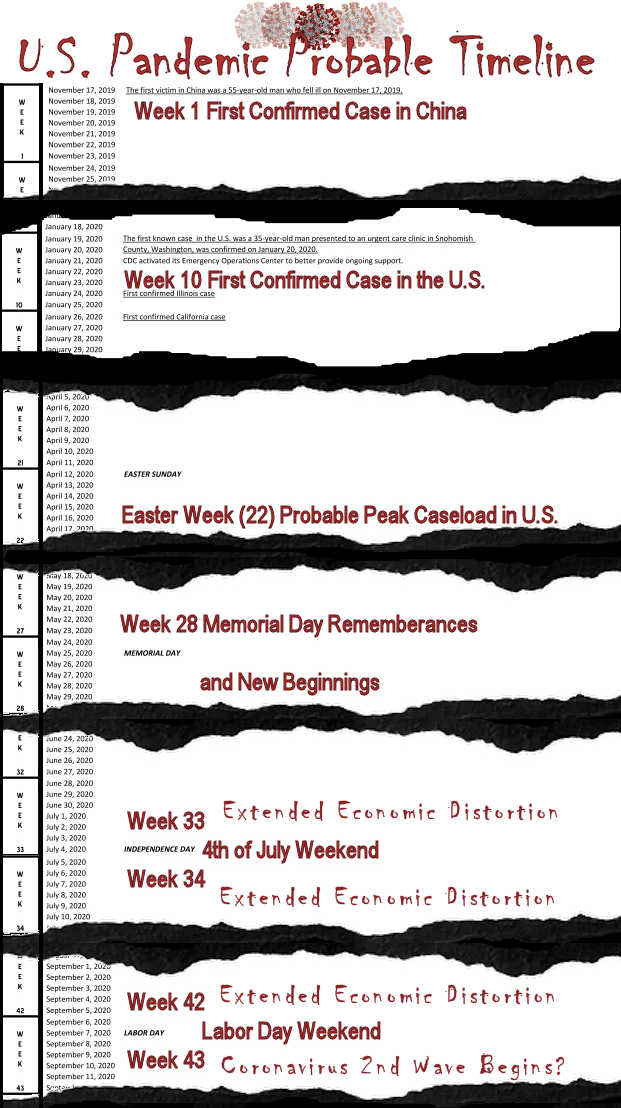 We hoped for caseloads peaking around Easter, April 12. That didn't happen ...well, we don't really know because we still can't do much more than minimal testing even here in California. In some states, recognition of the pandemic has been minimal.

Here in California what we do know that is by late April daily deaths peaked and the number of patients hospitalized stabilized and then started to drop. 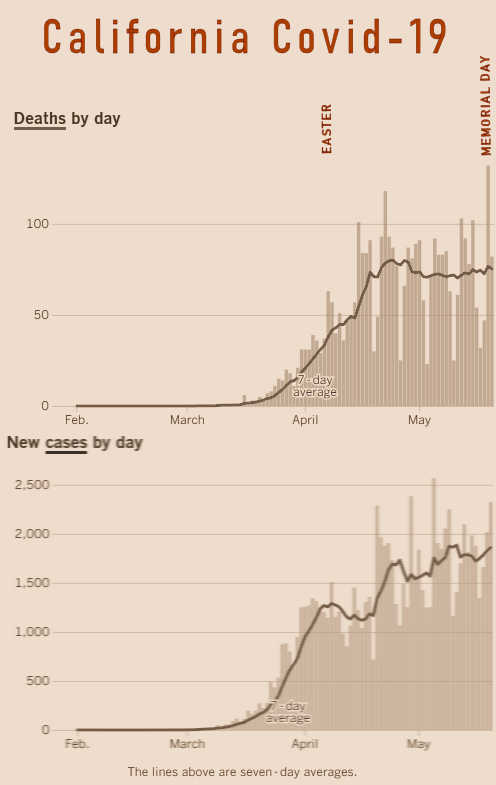 The hope expressed in that March post was that Memorial Day 2020 would mark the beginning of lifting of closure orders impacting "non-essential" businesses. Also for people under age 65 "shelter-in-place" orders would be relaxed but not "safe distance"rules.  That hope is becoming a reality though the new normal when we are in public not only includes staying six feet apart but includes wearing face masks.

Indeed, here in California Memorial Day 2020 will be remembered as "A Day of New Beginnings" even though we face the probability of an Extended Economic Distortion and the possibility of a "second wave" of Covid-19 infections.

Whatever the impact will be on the private sector, it is clear that financial and service disruption will occur in schools, local government, and state government likely lasting.through the remainder of Governor Gavin Newsom's term which ends January 2, 2023. Two important facts are:
Prior to 1980, these two sectors responded to changes in the overall economy differently. Because of changes in tax funding, California government at all levels including schools are rapidly impacted by economic downturns.

The calendar above lists the next two major holidays which represent milestones relative to the Extended Economic Distortion. We will begin to get a feel for the impact of reopening the private sector by the Fourth of July. By Labor Day schools will be reopened and, along with local and state government, will be operating in a new budget year. 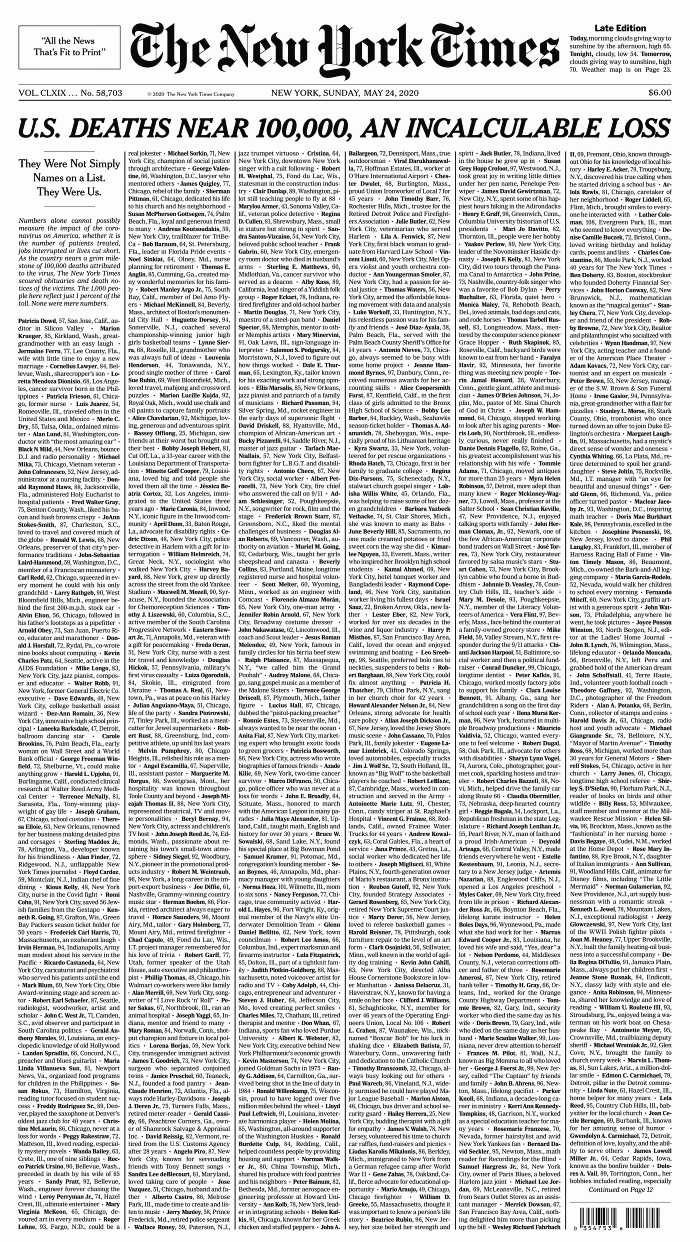