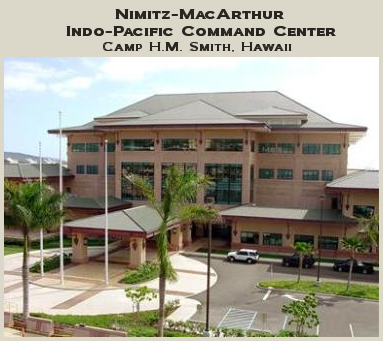 On May 30, 2018, Defense Secretary Jim Mattis announced in Hawaii that the Pentagon is changing the name of the Pacific Command to the U.S. Indo-Pacific Command.

With the USS Arizona Memorial behind him, Mattis said:


For U.S. Pacific Command, it is our primary combatant command, it's standing watch and intimately engaged with over half of the earth's surface and its diverse populations, from Hollywood to Bollywood, from polar bears to penguins as Admiral Harris puts it.
Having grown up in Washington state, one of five American states with Pacific Ocean coastlines and looking out the plane's window yesterday coming across that vast expanse of ocean, in my flight here I was reminded that the United States is today and has been for two centuries a Pacific nation.
Further, in recognition of the increasing connectivity, the Indian and Pacific Oceans, today we rename the U.S. Pacific Command to U.S. Indo-Pacific Command. Over many decades, this command has repeatedly adapted to changing circumstance, and today carries that legacy forward as America focuses west.

Beginning in the last quarter of the 20th Century, the Defense Department has moved in a timely manner to recognize all significant changes in the world.

For instance, in May 1990 the U.S. Naval War College issued a 73-page report titled “Global Climate Change Implications for the United States.” The report found that Naval operations in the coming half century may be drastically affected by the impact of global climate change.In 2008 it added climate change to its 32-page National Defense Strategy stating: “[C]hanges with existing and future resource, environmental, and climate pressures may generate new security challenges ... These risks will require managing the divergent needs of massively increasing energy demand to maintain economic development and the need to tackle climate change.”

The Mattis announcement indicates a shift in view "as American focuses west." Consider for a moment these two maps: 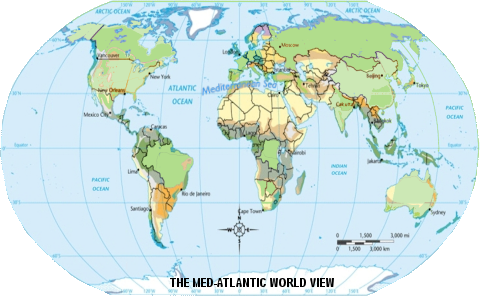 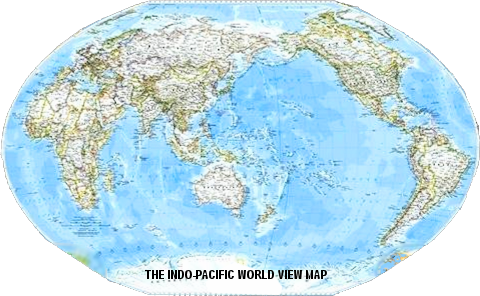 The latter is the worldview advocated here since the first post Limited Time Only - Act now to own your piece of the Pacific Ocean off the Mendocino Coast in 2008 and specifically this year in History Matters: The 2016 Bi-Partisan Attack on the Pacific States People, Beliefs, Economy, Defense in which it was noted, among other things, that in 2016 both national political parties embraced a policy of failure to provide defense planning to protect the Pacific States because of that outdated Mediterranean-Atlantic worldview.

The problem is, of course, the major mainstream newspapers, magazines, and TV news are all based in Atlantic Seaboard locations and have not yet realized that Europe has already switched places with Asia in world importance - meaning we either have to quit focusing on England, France, Germany, Italy, etc., or join them in the future in a less than 1st World status.

We need to understand that Americans don't sail east to India anymore. Fortunately, the Pentagon has figured that out. Now if the rest of America could learn to face west....
Posted by Michael O'Faolain - at 9:57 PM