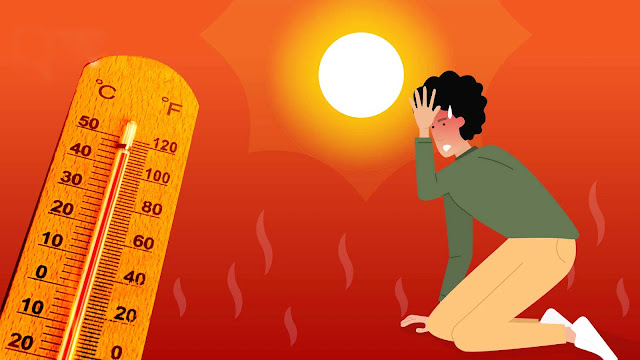 Humans have been a bit slow to acknowledge the real threats of Climate Change. But we see today headlines in British newspapers like ‘Heat apocalypse’ warning in western France as thousands flee wildfire.

In June we read In world's first, Spain's Seville to name and classify heatwaves. While here at home, if you read the article Heat waves could soon have names in June you would have learned

Five other cities — Los Angeles; Miami; Milwaukee; Kansas City, Missouri; and Athens — have also started piloting a similar initiative, using weather data and public health criteria to categorize heat waves.
They'll use a three-category system that organizers want to standardize. Each city's system will be tailored to its particular climate.
A "category three" heat wave in L.A., for example, will look and feel quite different from the same designation in Milwaukee.

In California Assembly Bill 2238 was introduced in February to create and put a heat wave ranking system in place by Jan. 1, 2024. Recently amended in the Senate, there is a chance this bill will be adopted.

It's a fact that this comes quite late in California's attempt to deal with Climate Change and associated heatwaves and wildfires. But it is a reality that everyone seems to be behind. It was necessary for The Guardian to publish today the article Why is the UK so unprepared for extreme heat and what can be done? which had to include the following explanations:

The stifling current heat is certainly attracting attention. But Bob Ward at the London School of Economics said: “More action is needed to inform the public about the dangers created by heatwave conditions. One part of the solution could be to name heatwaves in the same way that winter storms are now given names to gain the attention of the public.”
[The University of Reading Prof Hannah] Cloke said: “We also need to have more sophisticated forecast-based warnings that are more focused on people. It shouldn’t just be about peak afternoon temperatures, even though these really are very high indeed.” They should also take into account other factors, such as humidity, and spell out the risk to people, she said: “Heatwaves are silent killers.”

"Heatwaves are silent killers." The PR problem is they tend to kill the poor, the infirm, and the old while solutions tend to negatively impact the Consumer Economy which benefits most everyone else and particularly corporate interests.

But apparently we will soon see a warning system evolve. Unfortunately, as I posted here in 2018: "Regarding Al Gore's campaign on climate policy beginning 40 years ago, he..., well, kids..., my generation failed him and you. But then I said that before...."