Who will represent the trees? 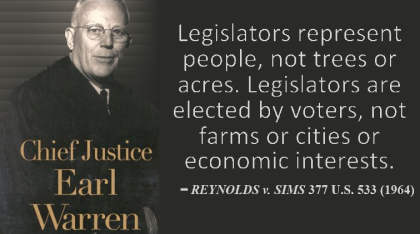 When he was Chief Justice of the U.S. Supreme Court, Earl Warren became an idealistic advocate for equality.

So when in 1964 he wrote the majority opinion in Reynolds v. Sims there was no doubt in his mind that "one man, one vote" was the only way a democratic society could fairly function.

Concerned about the impact of the decision - which in many states eliminated state senate representation based upon counties - U.S. Senator Everett Dirksen of Illinois warned that:


"...The forces of our national life are not brought to bear on public questions solely in proportion to the weight of numbers. If they were, the 6 million citizens of the Chicago area would hold sway in the Illinois Legislature without consideration of the problems of their 4 million fellows who are scattered in 100 other counties. Under the Court's new decree, California could be dominated by Los Angeles and San Francisco; Michigan by Detroit.."


The most striking case is California. From 1930 to 1968, seats in the California state senate were apportioned on the basis of counties rather than persons. With 40 seats, 58 counties, and a restriction that no county could have more than one seat, the senate apportionment was approximately "one-county-one-vote." The California senate was by many measures the most malapportioned legislative body in the U.S. - the largest senate district contained more then 400 times as many people as the smallest district.

More troubling still, the people of California chose this scheme of geographic representation. In each of six elections over a forty-year span, solid majorities of voters soundly defeated ballot measures to implement one-person-one-vote and resoundingly affirmed ballot measures to create or implement one-county-one-vote. This was not a situation in which one group within the state legislature grabbed power from others. Rather, the legislature had become hopelessly deadlocked over apportionment in the 1920s and decided to let the people decide. Nor was the outcome a fluke of low turnout or of one generation binding another. The elections spanned five decades and each election returned nearly the same division of the electorate against one-person-one-vote. Intervention by the courts ended malapportionment of the senate in 1966.

In other words, the voters in California had repeatedly rejected a one man, one vote approach to the State Senate.  The California voters agreed with Senator Dirksen, not with their former Governor and Chief Justice of the U.S. Supreme Court Warren. The voters weren't as troubled by the undemocratic nature of their State Senate. They literally did not agree with him when he said:


Legislators represent people, not trees or acres. Legislators are elected by voters, not farms or cities or economic interests.

There is a gnawing concern as represented by this slide show:

No one argues that seeking democracy is a bad idea - as long as you set some rules to protect minority interests.

The question is just how will this person and 600 more urban voters... 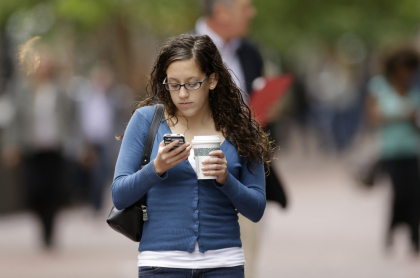 ...relate to and understand how to protect the fundamental interests of this person... 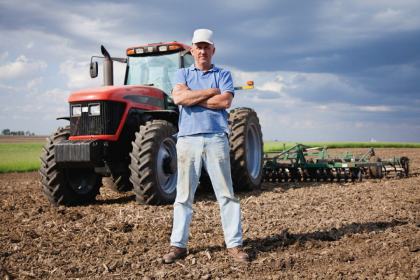 ...and how can you reassure both that the system protects either and both of them when our congressional district maps look this divided? 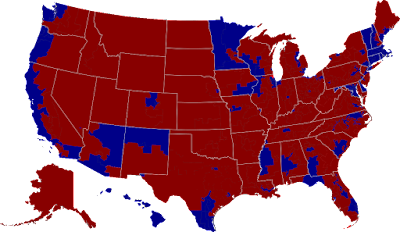 Which leaves us with the question - who will represent the trees??? 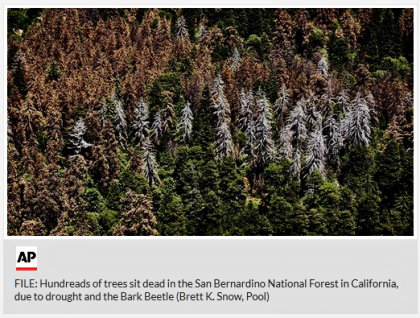 Because no one in the one man, one vote California Legislature or U.S. House of Representatives effectively represented them from 1980-2000 when steps to reduce  the impact of climate change and counter the Bark Beetles could have been taken.

And most certainly not the elected representatives of the vast majority of people in the United States located as represented by this graphic: 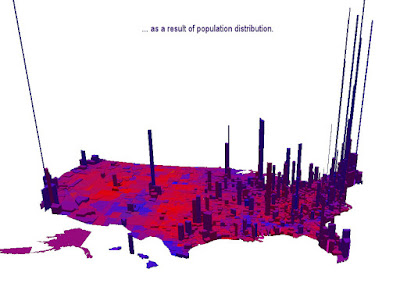 And that is a problem for American political science nerds and ethics philosophers to address over the next 200 years, if  they can.

Assuring proper representation of the interests of that 10% in legislative bodies is a struggle in a constitutional republic when you believe "one-man-one-vote" - what we idealize in democracy - is the only acceptable method of adopting public policy.

We have failed to assure that representation, which is why asking "Who will represent the trees?" symbolically focuses on the most significant issue in political theory.

Maybe we need to revisit the original U.S. Constitution asking why our "Founding Fathers" provided that the only directly elected officials were members of the House of Representatives while Senators and the President were to be indirectly chosen without what we know as having to run for office.

In doing so maybe we can figure out how to provide the trees with effective representation
Posted by Michael O'Faolain - at 11:53 PM