About that Star-Spangled Banner.... 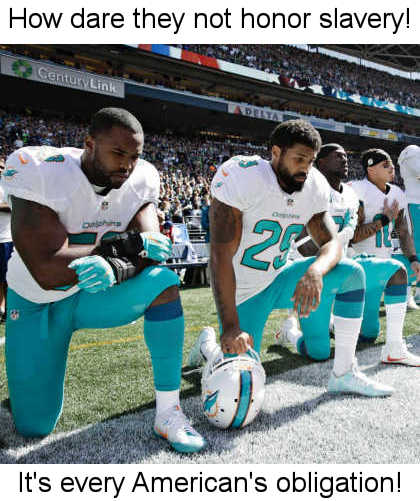 As with most of the things that make up the U.S. system of nationalistic indoctrination, The Star-Spangled Banner is something we should know about but don't because it is deliberately hidden from us.

For instance, how many of the four official verses can you sing? In fact, how many have you ever heard?

But let's back up a minute to give context to when the poem was written, a minimal knowledge of the facts should give a moment's pause to any person who would rather not honor slavery.

In summary, it was 1814, during the War of 1812, when the British attacked these United States, including the slave state of Maryland, where the verses of the song were written by Francis Scott Key, 50 years before the end of the Civil War.

Let's consider the following history from a Smithsonian article:

In 1814, Key was a slaveholding lawyer from an old Maryland plantation family, who thanks to a system of human bondage had grown rich and powerful.

When he wrote the poem that would, in 1931, become the national anthem and proclaim our nation “the land of the free,” like Jefferson, Key not only profited from slaves, he harbored racist conceptions of American citizenship and human potential. Africans in America, he said, were: “a distinct and inferior race of people, which all experience proves to be the greatest evil that afflicts a community.”

What you probably also don't know is the British attackers had many ex-slaves in their ranks, who had been promised liberty and demanded to be placed in the battle line "where they might expect to meet their former masters."

After the U.S. and the British signed a peace treaty at the end of 1814, the Americans - trying to make America great again- demanded the return of American “property,” which by that point numbered about 6,000 people. The British refused. Being the corrupt human beings they were compared to the Americans, the Brits helped the former slaves settle in Canada, with some going to Trinidad.

So now let's look at the final two verses you don't know and consider carefully the words I've highlighted in the context:


And where is that band who so vauntingly swore
That the havoc of war and the battle's confusion,
A home and a country, should leave us no more?
Their blood has washed out their foul footsteps' pollution.
No refuge could save the hireling and slave
From the terror of flight, or the gloom of the grave:
And the star-spangled banner in triumph doth wave,
O'er the land of the free and the home of the brave.

O thus be it ever, when freemen shall stand
Between their loved homes and the war's desolation.
Blest with vict'ry and peace, may the Heav'n rescued land
Praise the Power that hath made and preserved us a nation!
Then conquer we must, when our cause it is just,
And this be our motto: 'In God is our trust.'
And the star-spangled banner in triumph shall wave
O'er the land of the free and the home of the brave!

You see, the words "the hireling and slave" allude to the fact that American slaves had joined the British. Now reconsider the first and last two lines of the last verse:


O thus be it ever, when freemen shall stand
And the star-spangled banner in triumph shall wave
O'er the land of the free and the home of the brave!

You see those "freemen" were not escapees from Nazi Germany or the Soviet Union or black people in Maryland after the Civil War, they were citizens of the slavery state of Maryland, you know ... part of the "land of the free" where "free" applies to the humans who were not "property."

Keep that in mind when you want to criticize black Americans and their supporters who don't quite see worshiping that waving star-spangled banner to that song as having the same meaning for them.

Maybe it won't even quite feel the same for you the next time you're standing, belting out the words of the first verse in which you sing "land of the free", staring at the waving symbol just as slaveholder Key did when he wrote the words to honor white "freemen" in contrast to blacks, that "inferior race of people" which he believed to be "the greatest evil that afflicts a community."

Bet they didn't teach you any of this in school.

Oh, and by the way, in keeping with what it means to be a fully indoctrinated, true patriotic American, you're singing a song not only about the defense of slavery, it is a song about war.

Ironically, in 1930 the biggest controversy in Congress over making this song the national anthem was whether the music range was too hard to sing.
Posted by Michael O'Faolain - at 2:10 PM