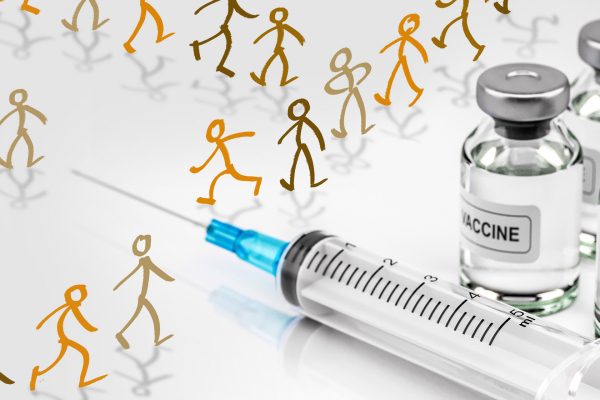 As someone who prior to the age of 15 nearly died of influenza three times, being vaccinated annually for the flu is just routine. Some years I still get the flu, not surprisingly because some don't see the need or just don't think about vaccines. Perhaps some have chosen to not be vaccinated.

It hasn't been made clear about the parallels between influenza and covid-19. Consider the facts. The 1918 influenza pandemic - labeled the Spanish Flu - was the most severe in recent history. It was caused by an H1N1 virus with genes of avian origin. Although there is not universal consensus regarding where the virus originated, it spread worldwide during 1918-1919. In the United States, it was first identified in military personnel in spring 1918.

Mortality comparisons among Americans between the Spanish Flu and Covid-19 would seem to be a common information quoted in news articles. But that has not been the case. The fact is that in 1918 the U.S. population was estimated at 105 million. The 675,000 deaths attributed to the influenza epidemic made up 0.64 percent of the total population, a little more than six in every thousand people. The current US population is a little more than 330 million. Deaths attributed to COVID-19 make up about 0.15 percent of the total population, or between one and two in every thousand people. If COVID-19 caused deaths at the same rate as the 1918 epidemic, the total would approach two million.

Fortunately since the 1918 flu the combination of herd immunity and vaccinations has reduced the annual death rate from the flu. Still, as indicated in the chart to the right, Americans - maybe including some of your friends and relatives - are hospitalized and/or die every year from the flu.

As an example, in 2017-18 the flu killed 61,000 Americans. Prompted by the deaths among their fellow Americans, the following year a whopping 45.3% of adults got vaccines. You may remember the indignant outcry about that. You don't? That's because it didn't happen and doesn't happen. To Americans the death of 1,800,000 of their peers - you know, grandparents, aunts, uncles, parents, siblings, kids - since flu vaccines became readily available in the mid-1950's is a small price to pay for the freedom to be...what?

Still, it is my responsibility to get my flu shot each year to protect me and my family. And so I have for 60 years, though not this year because the risk was nearly nothing. Instead I got a Covid shots in January and February, as soon as they were available.

With that said, because of my familiarity with the flu vaccines I know that even with a shot, I still can get the flu from someone who has it. I know that because I have gotten it as a gift from folks who didn't get shots. And Covid is similar in that the vaccine is not perfect.

Life is not simple. It must be noted that an incredibly small number of people who get the vaccines have a reaction and a very few of them die. Given that less than a half a percent of unvaccinated folks will die each year from the flu and covid, it's hard to choose to take the even significantly smaller risk the vaccines represent.

The future is going to offer that challenge - the addition of covid vaccines to the lineup that includes protection against flu, pneumonia, etc.

What may be difficult to understand is that at best about 50% of Americans will get their shots. That's just the way it is. And there are a whole range of other choices made by Americans that indicate at best we are a 50% nation despite every effort made to inform folks of what has been learned by those we pay to learn on our behalf.