"Ignorance is bliss" was a warning to provide for
the next generation, economic advice from a poem
America has forgotten but China has embraced

On the American Continent two redwood species were well known to the Native American tribes living near the Pacific Ocean.

The Yurok people, who occupied what is now the Northern California coastline before the arrival of the Spanish, regularly burned off ground cover in coast redwood (Sequoia sempervirens) forests to bolster tanoak populations from which they harvested acorns and to boost populations of useful plant species such as those for medicine or basketmaking.

Inland in the Sierra Nevada mountains Native American names for the giant redwood (Sequoiadendron giganteum)  include wawona, toos-pung-ish and hea-mi-withic, the latter two in the language of the Tule River Tribe.

According to the National Park Service:


The Spanish padres of Portola's Expedition probably first saw the redwoods in 1769 during their travels of exploration and colonization along the coast of what is now California. They called the trees "Palo Colorado," meaning red trees or redwood because of the bright red color of the heartwood.
The discovery that the redwood was a new botanical species was made by Archibald Menzies, botanist with the Vancouver Expedition in 1794.  It was not until 1823, however, that A. B. Lambert, an English botanist, first gave it a scientific name by publishing a description that placed the tree in the same genus as bald cypress, Taxodium. Since he thought that it closely resembled that species, he called the new tree Taxodium sempervirens.
Steven Endlicher, a German botanist, decided that specimens he had studied represented an entirely new genus and in 1847 renamed it Sequoia but retained the species name of sempervirens.
The giant sequoia was not discovered until at least 64 years after the redwood. ...The Joseph R. Walker exploration party saw the giant sequoias in 1833 in either the Merced or the Tuolumne Grove of Yosemite National Park. The discovery was not publicized at first except in the journal of the expedition.... In 1852, when A. T. Dowd reported on his observations of the trees in what is now the Calaveras Grove, many fantastic stories quickly spread of the apparently impossible bulk of the trees. They were immediately called "Mammoth Trees" or "Big Trees" because of their immense size. All early tales of the great size of the trees were considered as exaggerations, and whenever scores of feet were discussed the listener thought that inches were meant.

One other species of redwood lives today, the dawn redwood (Metasequoia glyptostroboides), native to Lichuan, a county-level city of the Enshi Tujia and Miao Autonomous Prefecture, in southwestern Hubei province of China, an area which was home to sophisticated Neolithic cultures whose members were undoubtedly aware of their special forests. 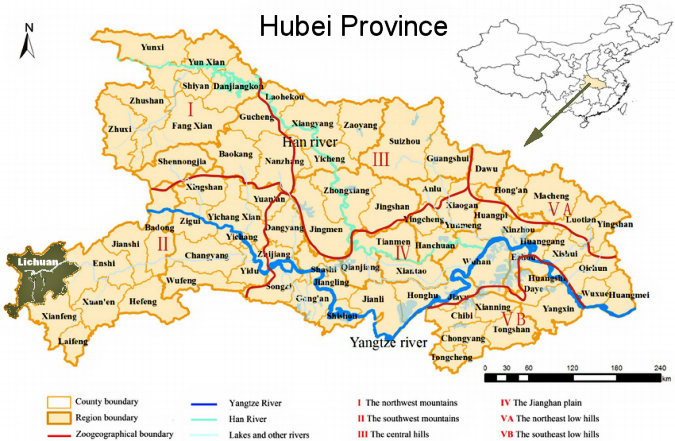 Who "discovered" the Metasequoia glyptostroboides is a tale well told in a Landscape Architect Magazine story The Metasequoia Mystery. The modern discovery of the dawn redwood as a species occurred amidst China’s defensive war against Japan's brutal invasion which began in September 1931 and continued through World War II ending in 1945, followed by China's subsequent civil war and the Cultural Revolution. Truth has a way of getting lost in that kind of chaos.

Simply put, near the village of Modaoxi, locals revered one particular tall tree and used it for medicinal purposes calling it shuisha. They had built a small mud-and-tile temple at its base in deference to its height and perceived protective properties. On the morning of July 21, 1943, Prof. Zhan Wang, then forest administrator of the Central Forestry Experiment Institute’s new forestry survey department, gathered more than 10 tree specimens—needled branches and 10 stemmed cones, the latter collected from the temple’s tiled roof—and subsequently noted that it was "a new species.”

These three species are what's left of numerous species of Sequoioideae which the fossil record shows lived over a massive range in the Arctic Circle, Europe, North America, and Asia. As do humans today. Climate change reduced the range and the number of Sequoioideae species.

This blog is titled "The Redwood Guardian" so redwood trees which survived naturally only in the United States and China seemed an appropriate subject to begin a discussion about American ignorance of China, the one some of the most ignorant of us have chosen to challenge in a trade war.


Before going any further we need to explore a commonly-held myth about "ignorance."

About 30 years before the Declaration of Independence was signed, an English poet, Thomas Gray penned "Ode on a Distant Prospect of Eton College" which ends with the following words: "...where ignorance is bliss, 'Tis folly to be wise."

It shouldn't be surprising that nearly three centuries after Gray put those words to paper, Americans have no idea, no context, regarding what he was writing about.

It can be certain that Gray was not asserting the idea that "what you don't know won't hurt you." For the ignorant (who were students he was observing at Eton, his alma mater), he warned in the poem:

While some on earnest business bent
Their murmuring labours ply
'Gainst graver hours that bring constraint
To sweet liberty:
Some bold adventurers disdain
The limits of their little reign
And unknown regions dare descry:
Still as they run they look behind,
They hear a voice in every wind,
And snatch a fearful joy.
...
No sense have they of ills to come,
Nor care beyond to-day:
Yet see how all around 'em wait
The ministers of human fate,
And black Misfortune's baleful train!
...
Thought would destroy their Paradise.
No more;—where ignorance is bliss,
'Tis folly to be wise.

In this post, of course, we're speaking particularly about the denizens of Trumpworld disdaining "the limits of their little reign" as "black Misfortune's baleful train" moves inevitably towards "their Paradise." They particularly do not understand Asia, and significantly do not understand China, while initiating a trade war with China and virtually every important Pacific nation.

In a 2015 poll when asked if they think China will ultimately become the world’s top national power, 48% of Americans said this will never happen. On the other hand, only 16% of Chinese said it won’t happen and 67% of thought their country has supplanted the U.S. or will in the near future.1

The importance of understanding China just because it has the largest population in the world would seem like a "no-brainer."  And, by most other measures of what makes a world power, China ends up on top, including having the world's largest economy. As noted in a recent Bloomberg article:


In other words, not only is China already the world’s largest economy, the gap between it and the U.S. can be expected to grow even wider. This continues to be borne out in the growth statistics -- though China has slowed in recent years, its economy continues to expand at a rate of more than 6 percent, while the U.S. is at just over 2 percent. If that disparity persists, China’s economy will be double that of the U.S. in less than two decades.

It is a fact that Americans really don't know much about modern China. It isn't surprising because of a significant language issue. While English isn't a "Romance language" derived mostly from Roman Empire latin, as are most Western European languages it is heavily influenced by the Romans despite its Germanic base.

Asian languages have no such latin influence.

Chinese is a group of related, but in many cases mutually unintelligible, language varieties forming a branch of the Sino-Tibetan language family. Chinese is spoken by the Han majority and many minority ethnic groups in China. About 1.2 billion people (around 16% of the world's population) speak some form of Chinese as their first language making it the most spoken native language in the world, followed by Spanish. (Yes, English is the most widely learned second language and more people have learned it as a second language than there are native speakers.)

Now that might not matter if American ignorance of China were limited to the language or, say, traditional Chinese art. But it does matter that Americans think Chinese government can be understood using the same paradigms that they apply to U.S. politics.

For far too many 21st Century Americans, their perception of government assumes that most often the political person is more important than the system and the policy that guides it. We seem to have conflated these three words:
Unlike in the United States, the Chinese "system" does not pluck a "celebrity" out of the general population to become the head of the national government. In 21st Century China, the "personage" the Communist Party selects to become the head of the national government has, over decades of work in government, risen through the ranks. Perhaps after rising to the top, that person may become a "celebrity," but never a "personality."

In the United States today, one must above all else be a "personality" to become President or a Senator. Being a "personage" is of almost no import. In effect, because we worship the ideology of democracy and importance of celebrity, we literally have lowered our government effectiveness to that of Italy.

And that is why the Chinese people generally are comfortable with the following statement:


"We must draw on the achievements of all cultures, but we will never simply copy the system of Western countries or introduce a system of multiple parties holding office in rotation. Although China's state organs have different responsibilities, they all adhere to the line, principles and policies of the Party." - Wu Bangguo,  Chairman and Party secretary of the Standing Committee of the National People's Congress from 2003 to 2013

With all of that said, it is true that the outward "face" of China is its President, Xi Jinping, who is currently standing tall in his efforts to provide a stable economic future for the Chinese people. So in the next post let's look at this "personage" who has become a bit of a "celebrity," who during the 20th Century overcame the hazards of a very dangerous changing political climate much as a dawn redwood survived natural climate change.

1Perhaps Americans see national power in terms of nuclear weapons. While the United States does have thousands of them, China has hundreds. The two countries are geographically nearly the same size. After the first 50 or so nuclear weapons hit your country, you've lost any bragging rights to being an important country. Military strength is not relevant when measuring a nation's future power in the world once a country can effectively defend itself.
Posted by Michael O'Faolain - at 3:38 PM