Bernie wins most votes, school bond measure loses. Being progressive or socialist apparently doesn't mean providing for anything like an education. 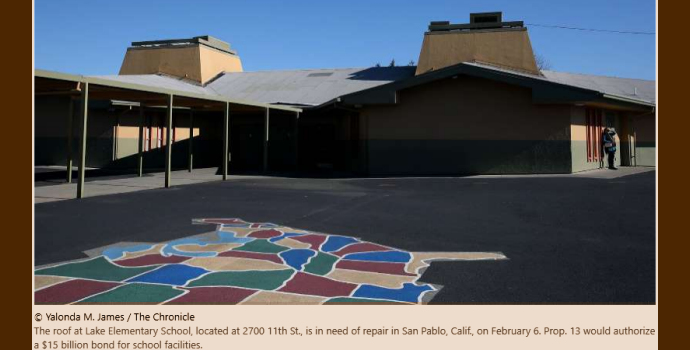 It must be noted that Tuesday's election was one in which the Bernie "voter turnout machine" - "progressives" or "socialists" or whatever - gave Bernie and Elizabeth together nearly half the votes but apparently did nothing for the one education measure on the ballot.

It was the first failure of a state school bond measure in a quarter of a century. It was an election with a higher than "normal" hispanic and young voter turnout. Of course, teachers and construction union voters also turned out.

Yes it was a complicated measure. The measure was described on the ballot as follows:

The measure would have authorized $15 billion in state general obligation bonds for construction and modernization of public education facilities including school, community college, and university facility projects. No tax increase was involved. In addition, school districts and community college districts would have been authorized to issue more local bonds.

Also, in keeping with the goal of providing more affordable housing, beginning in 2025 school districts would have new limits on their ability to levy developer fees, specifically a prohibition of fees on multiple family housing located within a half-mile of a major transit stop and a 20 percent reduction on housing located elsewhere.

Though it would be unreasonable, one could assume that all 1.5 million Republican voters voted "NO." But that would mean that half of the Democratic voters also voted "NO."

This is what is troublesome about "progressive" politics. The measure would have had far more impact on education and housing in California than 4 years of a President Bernie Sanders. But it just isn't fun to rally and post on social media for a state bond measure.
Posted by Michael O'Faolain - at 3:42 PM