After Super Tuesday II: update on the status of the Democratic race for the Presidential nomination 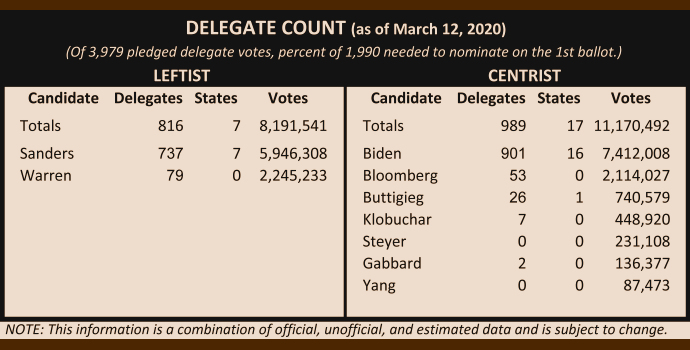 On Super Tuesday II, March 10, 2020, Joe Biden expanded his lead over Bernie Sanders including winning Michigan and Washington. Democratic centrism has now won 17 states (70.8%) of 24 states and 11 million (57.7%) votes compared to 8 states and 8 million votes for the democratic socialism. 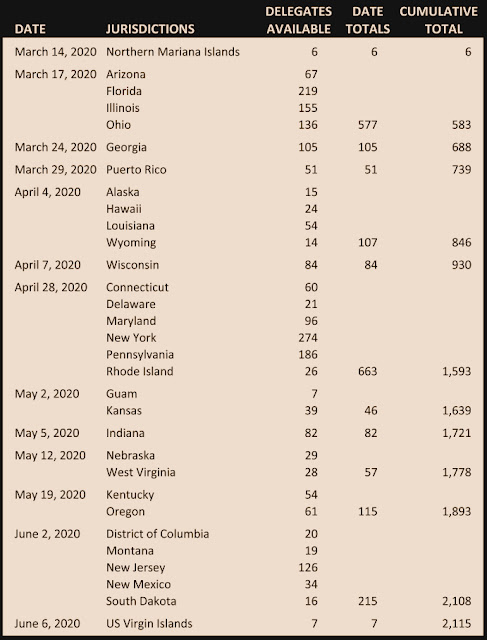 Looking at the list above, absent the death of Joe Biden or other equally monumental event there is little chance that Sanders can gain enough delegates to win the nomination or even prevent Biden from getting enough delegates.

Nonetheless, it appears that Bernie Sanders intends to continue to run. What Sanders and his followers can do from this point on is aid in the reelection of Donald Trump just as they aided in the election of Trump in 2016.

Instead of waiting to focus on policy issues in the July Democratic Convention party platform, Sanders and his followers will use the remaining primaries as an opportunity to attack Biden and the Democratic Party.

This isn't just this writer's opinion. The Bernie Sanders spoiler campaign begins explains the political problem. But focusing on the truth is No surprise: Bernie Sanders is still all about himself, never the party which reminds us that Sanders and his most ardent supporters already proved in 2016 they would rather see Trump become dictator than admit that the democratic socialists lost their bid to take over the Democratic Party (unlike Trump who successfully facilitated a fascist takeover of the Republican Party).

If Sanders continues to run, likely Biden will not be able to garner enough total delegates to gain the nomination until early May. By then Sanders and the press will have pointed out Biden's weaknesses over and over again. And make to mistake about it, both Biden and Sanders have lived nearly 80 years, much of it as active governmental officials who made errors.

Because of dogmatic political attitudes, at this point in time the greatest threat to Trump's reelection is a virus not the Democrats.