Yeah, we Californian's are sick of being ignored, but some troubling numbers deserve our consideration 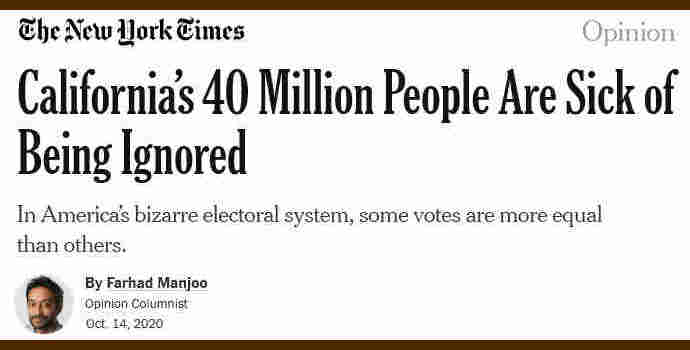 In his opinion piece Farhad Manjoo expresses the same frustration.

And yet, I have noted that without California, Trump won the 2016 election. But I have to admit, I have avoided confronting a troubling truth about America as reflected in the chart below: 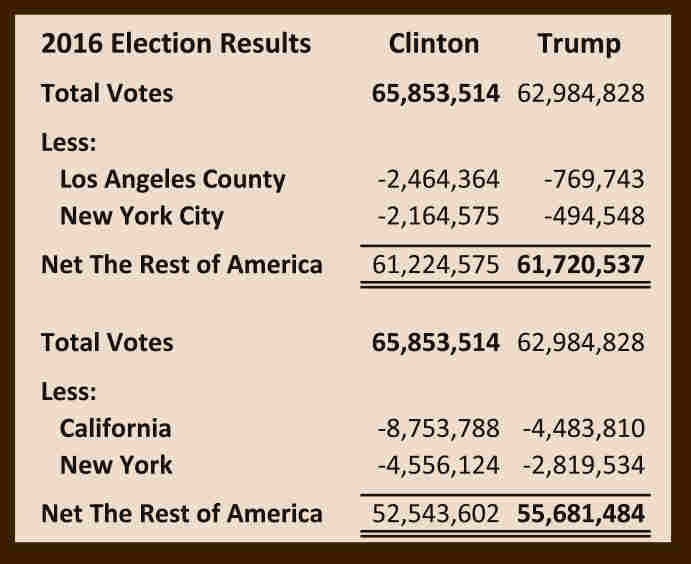 When I struggle with the idea of that Donald Trump was not elected by a majority of American voters, and then add "except for a majority of voters outside of Los Angeles and New York City", I have to confront an uncomfortable reality. That reality is the existence of a complex structural divide within the American people that barfed out all over that election.

If in 2020 the Democrats win the Presidency and a majority in the Senate, will they be able to address what Americans, other than those living in New York City and Los Angeles, really want?

It is true that the Founding Fathers did not want to create a democracy with its "majority rule" absolute mandate. We're they truly stupid or truly arrogant aristocrats? Or were they aware of something?

Yes, I too am a Californian "sick of being ignored" but those numbers bother me....