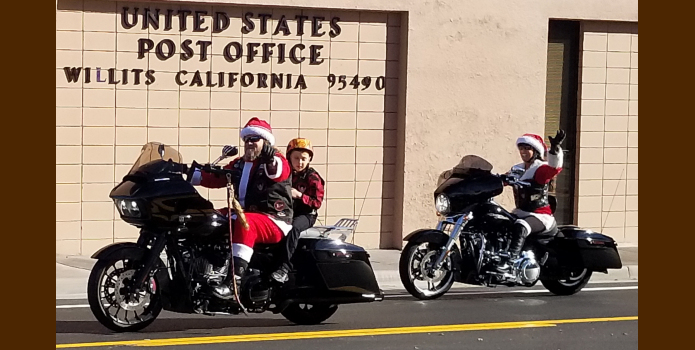 The Post Office is a key community service for rural communities. That is as it was intended to be when in the late 19th Century the United States Post Office Department began Rural Free Delivery (RFD).

Long before that, the postal system was established as explained on this History site:


In 1753, Benjamin Franklin, who had been postmaster of Philadelphia [since 1737], became one of two joint postmasters general for the colonies. He made numerous improvements to the mail system, including setting up new, more efficient colonial routes and cutting delivery time in half between Philadelphia and New York by having the weekly mail wagon travel both day and night via relay teams. Franklin also debuted the first rate chart, which standardized delivery costs based on distance and weight.
In 1774, the British fired Franklin from his postmaster job because of his revolutionary activities. However, the following year, he was appointed postmaster general of the United Colonies by the Continental Congress. Franklin held the job until late in 1776, when he was sent to France as a diplomat. He left a vastly improved mail system, with routes from Florida to Maine and regular service between the colonies and Britain. President George Washington appointed Samuel Osgood, a former Massachusetts congressman, as the first postmaster general of the American nation under the new U.S. constitution in 1789. At the time, there were approximately 75 post offices in the country.

Since Franklin's time, private delivery services existed frequently lobbying against the Post Office Department seeking to replace it. However, the system expanded offering parcel service and stimulating the formation of catalog companies in the late 19th Century.

In March 1970, having virtually no plan and no big picture view, union postal workers in New York City - upset over low wages and poor working conditions, and emboldened by the Civil Rights Movement - organized a strike which eventually gained support of over 210,000 United States Post Office Department workers across the nation. This resulted in the Postal Reorganization Act of August 12, 1970, replacing the historical cabinet-level Post Office Department with a new federal agency, the United States Postal Service, that looked and felt more like a private company.

From the 1970's on, conservative organizations pushed hard behind the scenes for privatization of the new Postal Service. As noted in a Christian Science Monitor 1995 article Republicans Eye US Postal Service For Privatization Push during the Clinton Administration privatization even received backhanded support from Postmaster General Marvin Runyon, a former Ford Executive.

Now we are confronted with a stronger move to dismantle the Postal Service as noted in Trump Moves to Gut the Post Office: His war on Amazon expands to include the right wing’s campaign to abolish America’s oldest - and still successful - public service.

The popular press offer stories like Exclusive: UPS, FedEx warn they cannot carry ballots like U.S. Postal Service explaining complexities of the law while only mentioning at the end that costs would skyrocket since delivery firms charge significantly more for deliveries than the price of a 55-cent stamp and international costs would be astronomical.

And therein lies the truth of privatizing the Postal Service, the third largest non-rail logistics company by value in America. It generated $71 billion in annual sales in 2019, slightly less than UPS’s $76 billion and somewhat higher than FedEx’s $69 billion. But it could generate another 20% by substantially raising rates on some classes of mail at the expense of the average American and particularly rural Americans.

Republicans, of course, back privatization while enjoying the support of much of rural America. It's a puzzle. However, the conservative CATO Institute website offers a full explanation on why a Constitutional Amendment would not be necessary to privatize the Postal Service. Founded in 1974 by Ed Crane, Murray Rothbard, and Charles Koch, the Cato Institute has multiple pages on the Postal Service and its woes which accurate reflects Republican Party thinking.

Trump, of course, has taken advantage of the left's mindless labor-oriented attacks on Amazon in order to put the Postal Service in a bad light. It is simply another lie that Amazon doesn't pay enough. The picture below did not come about because the Post Office is cheap:

The issue is relatively simple and has been for 280+ years. Benjamin Franklin and others wished to assure an affordable, timely distribution system for information and goods for all Americans. In theory since the 1930's it should have always been a top Democratic Party issue. But panic over voting is the only thing that has even brought the matter to the forefront since Third Way or New Democrats in the Clinton Administration gained influence.1

While the urban young may think the Post office an antiquated system, it has come to the attention of some that internet technology is not available to a lot of students. Sadly, what has been lost is the 1930-1970 commitment to assure all Americans access to the basic utilities needed to assure everyone a fair, basic opportunity at life.