When your government is not now and never has been a democracy, you are a United States citizen 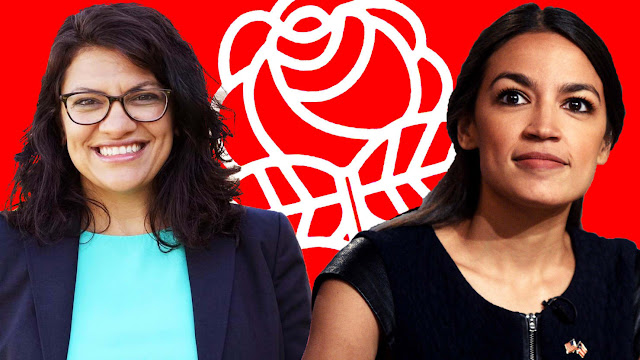 In politics, facing the truth of apparent success can sometimes be traumatizing. One might suspect that will be the case for many new elected Democrats currently in an extended brazen celebratory mood in the House of Representatives.

As they well know, the House of Representatives is only half of one of three branches of the United States Government - the Legislative Branch. The House has 435 members elected from Districts apportioned on population.

Based upon the national turnout of 50.3% of the voters and the fact that the average vote cast for House members was 63.6% of the votes cast, the average member House of Representatives received 32%± of the votes of eligible voters in their District in the 2018 Midterm Election.

It takes a vote of 218 members of the House representing Districts that contain 50%+ of the population of the United States to pass anything. And meaningful legislation created and passed in the House must then be forwarded to the Senate, the other half of the Legislative Branch.

The Senate has 100 members, two elected from each State. Population of each State is irrelevant:

Quite literally, legislation passed in the House can be killed or passed by a vote of 51 Senators who represent the least populous of the 26 states containing only 17.6% of the U.S. population and who were put into office by less than 8% of eligible American voters.

So far in 21st Century America, the sitting Presidents have been George W. Bush, Barack Obama, and Donald Trump. Based solely upon the national popular vote, the opponents of Bush and Trump won the elections in 2000 and 2016.

But Bush and Trump became President. That is because the states are not represented in the Electoral College based upon population. And the President is not directly elected by the voters.

The members of the Judicial Branch, our federal judges including the members of the Supreme Court, are nominated by the President and must be approved by the Senate. The House of Representatives has no role in the process. The judges are not beholden to the population for obtaining their posts but rather only to the members of the other two branches representing states.

In other words, the states are the 50 "citizens" of the United States. This presents a rather peculiar picture of the U.S. as a "democracy."

As noted in Wikipedia, the term "democracy" first appeared in ancient Greek political and philosophical thought in the city-state of Athens during classical antiquity. Athenians established what is generally held as the first democracy in 508–507 BC. Athenian democracy took the form of a direct democracy, and it had two distinguishing features: the random selection of ordinary citizens to fill the few existing government administrative and judicial offices, and a legislative assembly consisting of all Athenian citizens. All eligible citizens were allowed to speak and vote in the assembly, which set the laws of the city state.

Even though the rights of the individual citizen were not secured by the Athenian constitution in the modern sense (the ancient Greeks had no word for "rights"), the Athenian citizens enjoyed their liberties not in opposition to the government but by living in a city that was not subject to another power and by not being subjects themselves to the rule of another person.

However, Athenian citizenship excluded women, slaves, foreigners, non-landowners, and men under 20 years of age. The exclusion of large parts of the population from the citizen body is closely related to the ancient understanding of citizenship. In most of antiquity the benefit of citizenship was tied to the obligation to fight war campaigns.

Americans live in communities that are subject to a hierarchy of power. It begins at the community level in cities, townships, and counties governed by a small number of citizens. All are subject to other power - state government and federal government. Effectively, we are all subject to the authority of, and can be killed by, other persons representing the government whose activities are not controlled in any way by decisions made by the assembled people.

All this has been buried in philosophical discussions that occurred within empires and kingdoms leading to the term "indirect democracy." This references something called "representative democracy" which apparently in practice means that representatives are elected by far less than a majority of eligible voters. And in the case of the U.S. Senate, decisions can be made by a vote of representatives elected by around 8% of the eligible American voters.

But hey, women and non-landowners can now register to vote so long as they are over the age of 18, aren't foreigners, and haven't been convicted of a crime. But since, unlike Athens, only a tiny proportion of citizens are involved constantly in the public business in our "indirect democracy."

How Democratic New York Rep. Alexandria Ocasio-Cortez and Michigan Rep. Rashida Tlaib, who together represent 0.46% of the American population and who together can cast 0.46% of the vote in the House of Representatives, will fare in this government is unclear.

One can only hope that their constituents will understand that Republican Wyoming U.S. Senators Mike Enzi and John Barrasso, while representing 0.175% of the U.S. population or less than half the population represented by Ocasio-Cortez and Tlaib, effectively carry nearly 10 times the clout in America's "democracy" as that of Ocasio-Cortez and Tlaib.

And one can only hope that those constituents will understand that those Wyoming Senators have the same clout as Democratic California U.S. Senators Dianne Feinstein and Kamala Harris who represent 69 times the population of Wyoming.

Again, this presents a rather peculiar picture of the U.S. as a "democracy."

It is not surprising that a study from Harvard’s Yascha Mounk and the University of Melbourne’s Roberto Stefan Foa published in the Journal of Democracy in January 2017 found that one quarter of millennials agreed that “choosing leaders through free elections is unimportant.”

For Californians, the only positive outcome from the 2018 Congressional election is that the Speaker of the House is Democratic Rep. Nancy Pelosi of California and the Minority Leader Republican Rep. Kevin McCarthy of California.
Posted by Michael O'Faolain - at 9:53 PM